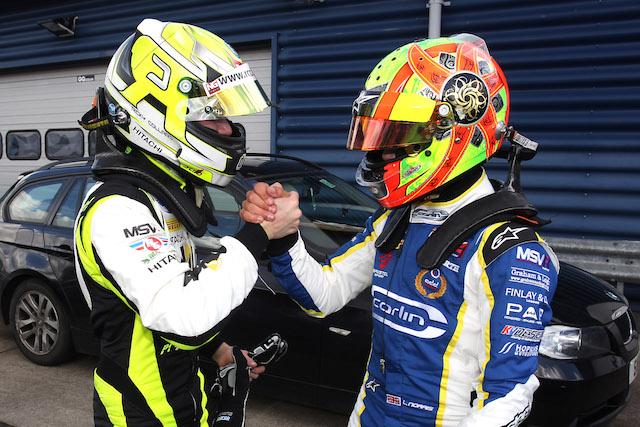 Lando Norris triumphed in a battle with Carlin team-mate Ricky Collard to win the first BRDC British Formula 3 race of the weekend at Rockingham.

Norris had taken pole, but was beaten off the line by Collard, but the new BMW Motorsport junior driver’s margin?of nearly a second at the end of the first lap would be the biggest his lead would ever reach.

Collard kept the gap at no less than half a second for most of the race, but Norris then got significantly closer going onto the penultimate lap, and after a close battle for several corners, the 16-year-old got past and opened up a 1.6-second advantage on the final lap.

After taking the championship lead at Brands Hatch,?Toby Sowery had a poor day, qualifying only 13th and then dropping back at the start before recovering to 14th. Collard is now three points ahead.