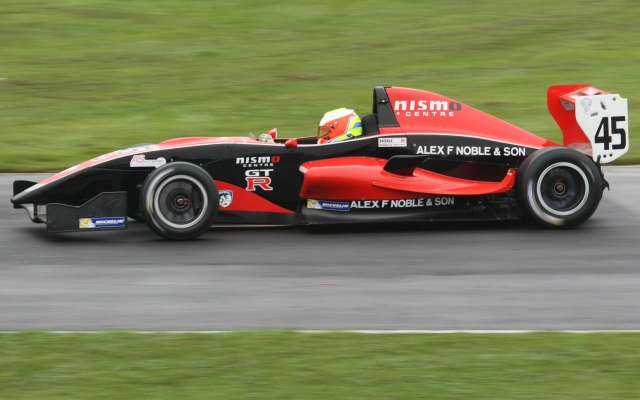 Colin Noble scored a first Protyre Formula Renault pole position at the final round of the season at Silverstone, with champion Pietro Fittipaldi claiming honours for the other race.

Noble came out on top of an open fight for race one pole in the first of the two qualifying sessions, where the top six out of nine competing drivers were covered by just 0.256 seconds.

Noble edged out second-place Piers Hickin by two hundredths of a second. Matteo Ferrer was third, with Fittipaldi, TJ Fischer and Alex Gill following closely behind.

In the later session – to set the grid for race two – Fittpaldi, who wrapped up his maiden single-seater title at Croft last weekend, was 0.105 seconds clear of second-placed MGR team-mate Ferrer.

Ferrer, one of three drivers fighting over second place in the standings, was followed by Hickin, Noble, Gill and Fischer.