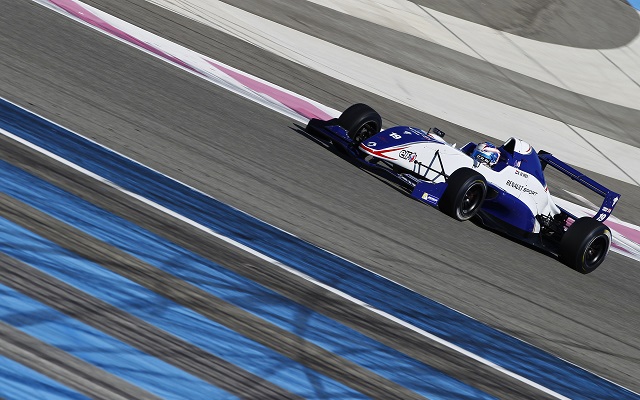 Eurocup Formula Renault points leader Nyck de Vries has edged closer towards the series title with a victory in race one of the penultimate round at Paul Ricard.

The Dutchman got a good start from pole position and proceeded to pull away from the field, increasing his advantage over the rest with each lap.

Alex Albon, who started the race in second, also managed to edge away from the opposition over the opening laps, but soon slowed down his pace.

This allowed Tech 1’s Egor Orudzhev to close in on him. The Russian, who had fallen behind Aurelien Panis earlier in the race but then retook third place, slowly but surely caught up with Albon and overtook him for second with mere seconds remaining on the clock.

The Thai racer had to settle for third, with Panis closing out the top four.

With de Vries winning and closest rival Olsen only sixth, the Dutchman will need to finish in the top three in race two tomorrow to guarantee the title.