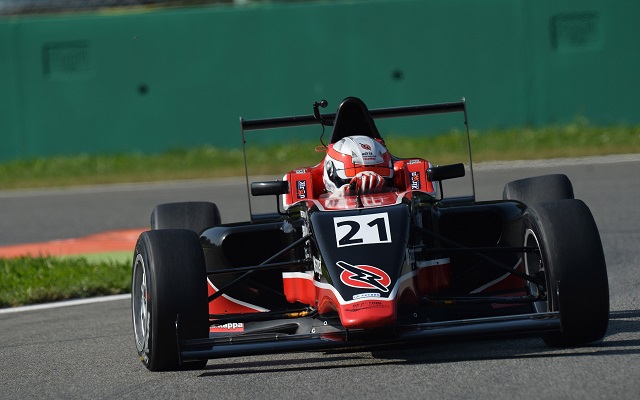 Mattia Drudi and Brandon Maisano secured pole positions in the two qualifying sessions in round six of the 2014 Italian F4 season at Monza.

Swiss driver Edi Haxhiu was fifth quickest ahead of Takashi Kasai, while Alain Valente and another series newcomer Robert Schwartzman made up the fourth row of the grid. Jenzer’s Lucas Mauron and Antonelli’s Andrea Russo rounded off the top ten positions in the first session, which decided the grid for race 1.

The second session, which decided the grid for race three, saw an intense fight for pole. Drudi went fastest with three minutes to go, but Maisano snatched it from him on his last lap in dramatic fashion by just 0.007 seconds.

Joao Vieira took a strong third on the grid for Antonelli, while Stroll was only fourth. Vieira’s teammate Russo was fifth, sharing the third row of the grid with Fielding in sixth, who, along with his Euronova teammates, was in the pits for the first half of Q2.

Swiss drivers Valente and Haxhiu made up the fourth row, while the top ten positions on the grid was completed by Leonardo Pulcini and Schwartzman.