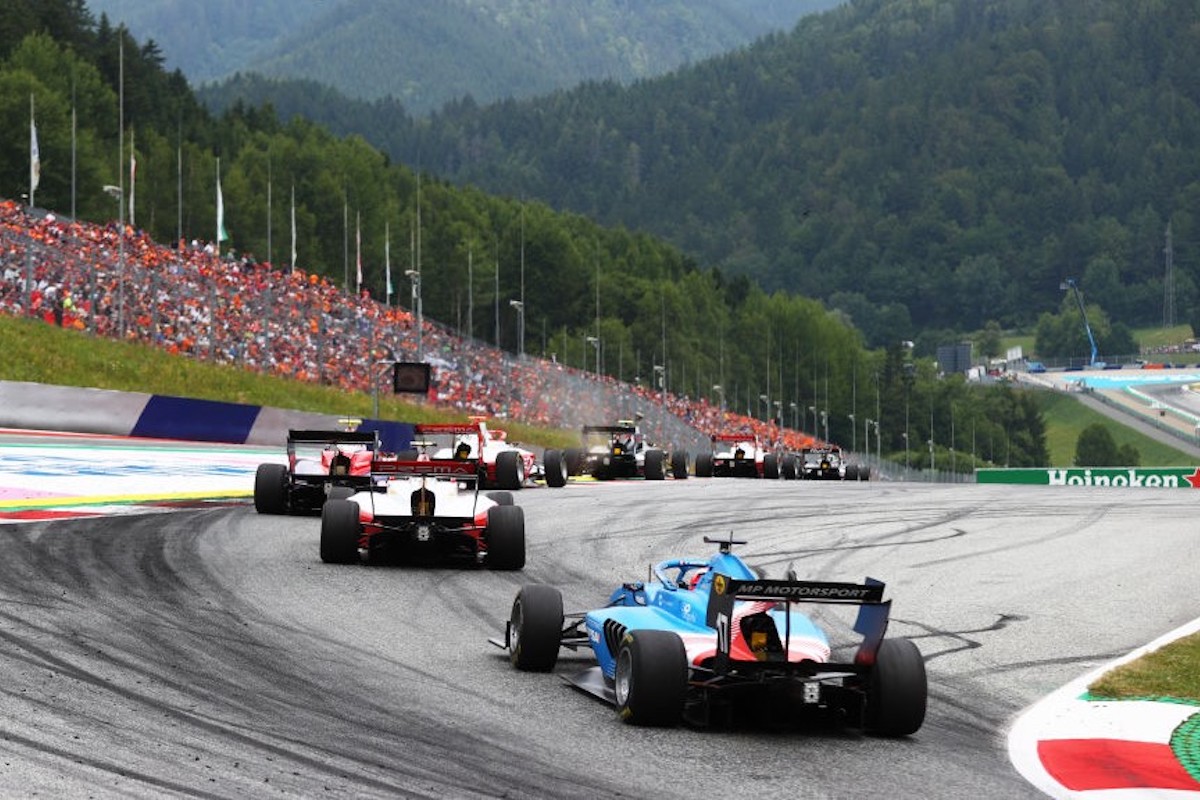 FIA Formula 3 drivers say they expect “a big mess” with traffic in qualifying at the Red Bull Ring on Friday, with no special measures in place for one of the shortest laps of the season.

The issue of drivers finding track space for qualifying in F3’s 30-car field has been a frequent topic for discussion since the championship’s current era began in 2019.

Splitting the field into two groups for qualifying, as happens for Formula 2 in Monaco and more regularly in categories like the Formula Regional European Championship, has often been proposed.

In response to a Formula Scout question in the pre-event media session on Thursday afternoon, Caio Collet confirmed the drivers had not yet received any special instructions for this weekend but revealed the topic of qualifying conduct was brought up last week at Silverstone.

“We actually discussed that at the Silverstone briefing, but Silverstone was a little bit of a mess in qualifying,” the Alpine Academy driver said.

“Basically they didn’t say a lot of things that we could have changed or done different, so I expect a big mess here as well in qualifying. So we need to place ourselves well, and manage the gap ourselves basically. I don’t think they will do something to change that.”

Rookies Enzo Trulli and Pepe Marti both echoed Collet’s prediction of “a big mess”, and the latter suggested possible changes could be looked at again in the future.

“We had a big discussion in last weekend’s briefing,” Marti said. “Each of us pointed out some things that we thought could help, but with such short notice it’s impossible to change anything. The schedule’s already done and everything.

“I think it’s something to look at for the future. There’s options to take, and some other categories and championships are taking different routes, so we’ll see what happens but for sure for this weekend it’s going to be a bit of a mess, a big mess like Caio said. We’ll have to see what happens in qualifying.”

Track limits are also likely to play a part in qualifying. Collet lost a maiden F3 pole one year ago when he had his fastest time deleted, but backed the stricter policing seen so far this year.

“I think it’s the right way, and the approach they’re doing this year I think it’s a little bit better than last year where they don’t change track by track,” he said. “So I think all the tracks that we’ve been this year, it was always the white line, independent of the corner. So this is quite nice. It’s not different one corner to the other, or one track to the other.