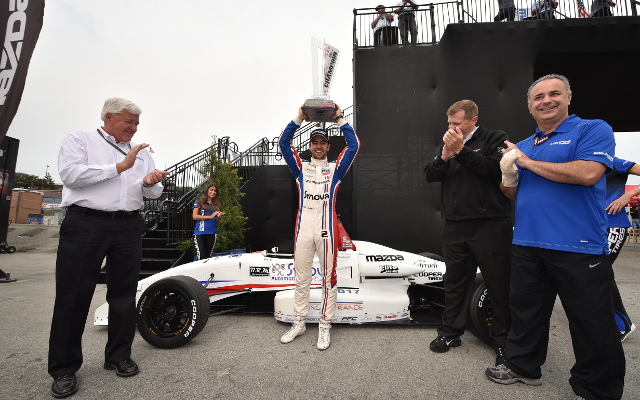 Nico Jamin became the 2015 USF2000 champion with one race to spare by dominating race one at Laguna Seca.

The Frenchman was easily into the lead at the start and controlled the entire race, eventually seeing the checkered flag leading by eight seconds.

Fellow Cape Motorsports teammate Aaron Telitz settled into second on the opening lap only to drop down to sixth after losing pace for a short amount of time.

As a result, it was Anthony Martin?into second and the Australian grabbed his fifth podium of the season closely ahead of Jake Eidson.

Telitz recovered in fourth after passing Nikita Lastochkin, who eventually ended up seventh after losing two positions on the final lap to Parker Thompson and Keyvan Andres Soori.

The top ten was completed by Yufeng Luo, Garth Rickards and Peter Portante.