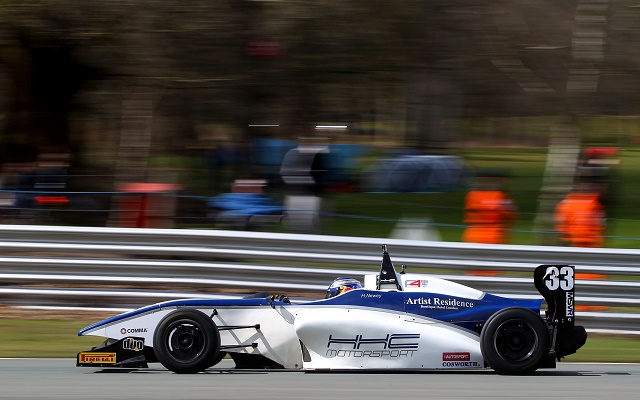 HHC Motorsport have locked out BRDC F4 qualifying for the second time in a row as Harri Newey led Will Palmer at Rockingham.

Newey, who came a tenth short of points leader Palmer at Oulton Park, was comfortably quickest here, deposing Jordan Albert from the top with ten minutes to go and maintaining position.

Palmer then moved up to claim second, four tenths down on his teammate. Albert took third ahead of Lanan pair Jack Bartholomew and Rodrigo Fonseca.

Sisa Ngebulana completed a great qualifying for HHC in sixth ahead of Zubair Hoque.