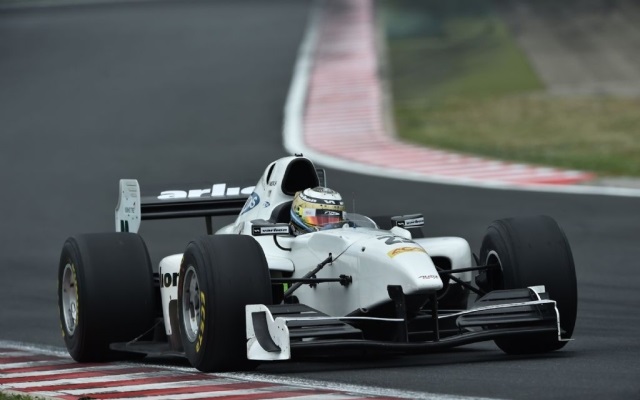 The Argentinian, making his return to the series after doing five rounds in 2012, lined up second behind pole-sitter Antonio Pizzonia.

After the safety car start, Regalia shadowed the ex-F1 driver on the wet track, challenging for the lead.

He finally closed in on Pizzonia for the final lap and made the most of the Brazilian running wide to pass him.

Christof von Grunigen completed the podium after a well-fought race, having recovered from sixth on the grid.

Leonardo Pulcini and Johnny Cecotto fought it out for fourth and fifth as the Italian secured the position in the final stages.

Angolan driver Luis Sa?Silva was sixth, while Nikita Zlobin and Andres Mendez?rounded out?the field and will make up the front row for race two.

Gentleman driver Giuseppe Cipriani was the race’s only retirement.