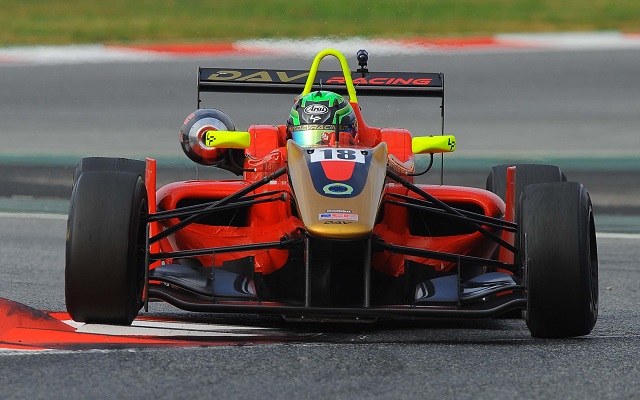 Italian F4 graduate Leonardo Pulcini prevailed in Friday practice ahead of his debut in Euroformula Open in the season finale at Barcelona.

Pulcini, competing for DAV Racing, vaulted to the top of the timesheets late in the first session of the day and remained remained overall pacesetter throughout the other sessions.

Team West-Tec’s Yarin Stern was a tenth off in the morning, ahead of Artur Janosz and Alex Palou, who are competing for second in the standings. Series returnee Nelson Mason picked up fifth.

Israeli Stern was quickest in session two of practice, a full three tenths ahead of champion Sandy Stuvik. Pulcini took third, while Wei Fung Thong and Janosz made up the rest of the top five.

Finally, in the third session, it was Palou who set the pace, narrowly edging out the ever-present Stern. Championship debutants Michele Beretta, Igor Walilko and Alessio Rovera completed the top five.