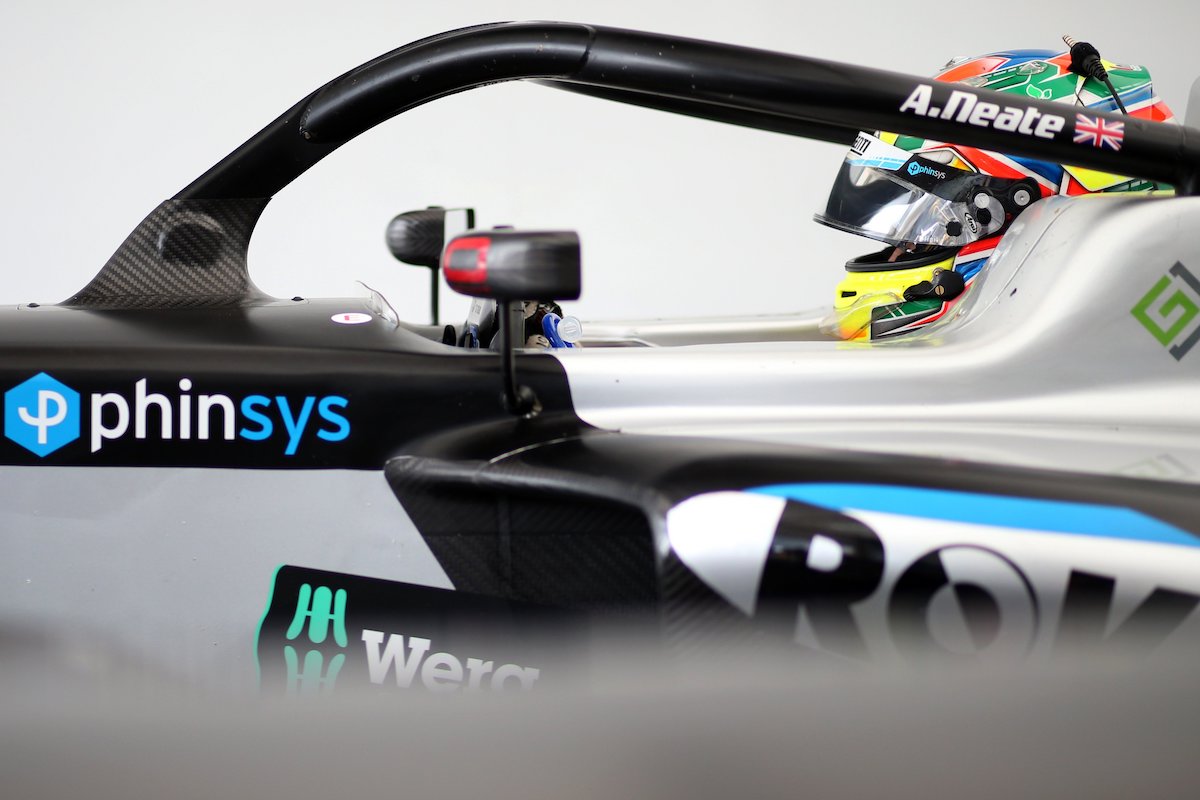 Celebrating his 16th birthday, Neate topped the times in the first half of the 20 minute qualifying session at Croft and gradually lowered the quickest lap time before the chequered flag.

He ended the morning with a time of 1m17.178s, just 0.058s quicker than the next fastest driver. His series of flying laps also earned pole position for the third race of the weekend.

McLaren junior Ugo Ugochukwu had been on a flying lap in the closing stages of the session when the red flag was brought out for an off at Clervaux.

The session resumed with a little over three minutes on the clock, enough for one last flying lap.

Ugochukwu jumped up the order on his final lap to go second quickest, narrowly missing out on his second pole position of the season.

Ollie Gray, who had briefly topped the times in the first half of the session, was third quickest ahead of Daniel Guinchard and Eduardo Coseteng.

Louis Sharp came home sixth quickest, still less than four tenths of a second off the pace set by Neate.

Joseph Loake and Oliver Stewart both topped the times early in the session as lap times rapidly tumbled, but dropped down to seventh and eighth by the chequered flag.

Dunne, who had claimed a double pole at each of the last three rounds, was likewise at the sharp end of the field after the first laps but dropped backwards as others found improvements. He would remain at the tail end of the top 10 throughout the session and could only manage ninth. Georgi Dimitrov completed the top 10.