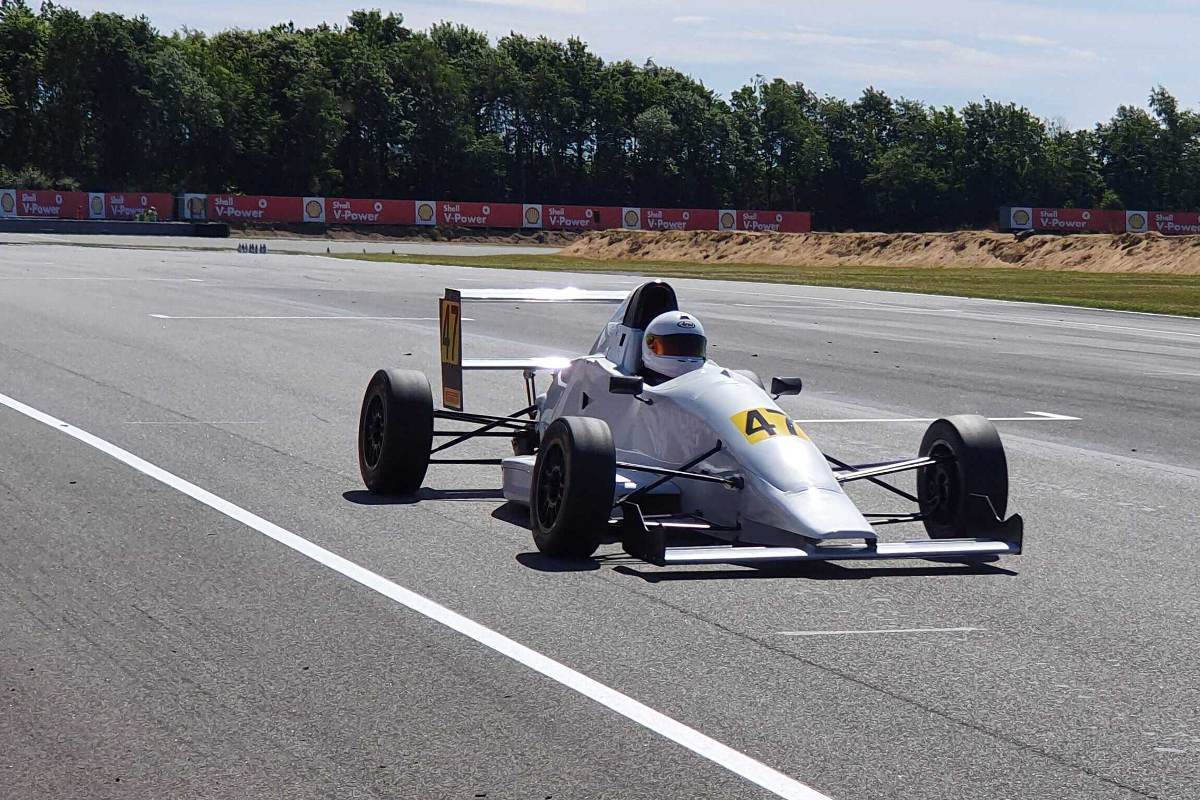 Mads Hoe is back at it in his Formula 5 car as he topped Danish Formula 4 practice at Jyllandsringen.

The driver-team boss was the first into the 1m09s early in practice, heading STEP Motorsport’s points leader Julius Dinesen.

Hoe’s benchmark stood for almost 10 minutes before Team FormulaSport’s Theodor Jensen set a 1m09.137s to go the top while many drivers ended their first runs on old tyres they had used in the previous round.

Jensen trimmed 0.033s off his best as the returning Sebastian Gravlund and Mika Abrahams broke into the 1m09s, then with four minutes to go Dinesen moved ahead with the first lap of the day in the 1m08s. Moments later Hoe improve to 1m09.236s, then with his penultimate lap set the pace at 1m08.807s, 0.125 seconds faster than Dinesen.

Gravlund improved by a tiny margin to go fourth fastest behind Jensen, but was over half a second off the pace and Team FSP’s Mika Abrahams was the last driver within a second of Hoe as most ran on the worst set of tyres they were carrying over from the Sturup Raceway round.

Victor Nielsen was a lonely sixth place on pace, then Alyx Coby – who almost had a stall – and Magnus Pedersen were a closely matched seventh and eighth ahead of Frederik Stena.

Hoe’s team-mate and sister Mille did do a full run but her car was not fitted with a functioning transponder and so she recorded no laptimes.