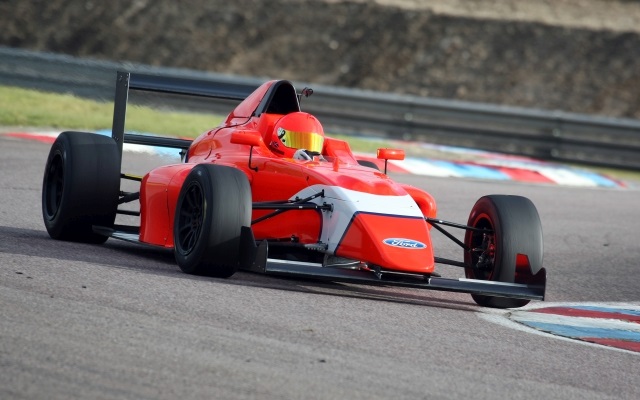 The Arden driver took a big early lead with teammate Ricky Collard in second and they were the only ones to pit at halfway point.

Although it proved to be difficult to improve towards the end and he already had a lead of six tenths, Mitchell decided to rejoin for a final lap and the British karting champion managed to improve by a further two tenths.

Behind Mitchell, the rest of the top ten positions were decided by an extremely close margin. Lando Norris escaped with second despite Matheus Leist’s last-gasp charge, which was only a thousandth of a second off.

JHR’s Sennan Fielding was further 0.002s?down, while Collard in fifth, unable to improve on fresh tyres, was also only two hundredths behind.

Unsurprisingly, Mitchell will start race three from pole as it’s decided by the second-best times of the session. Norris completes the front row and the rest of the top five consists of the same people, only in the different order of Collard, Fielding and Leist.

Baybutt and Florescu will start sixth and seventh again and the top ten is rounded out by Pull, Jack Barlow and Martins.