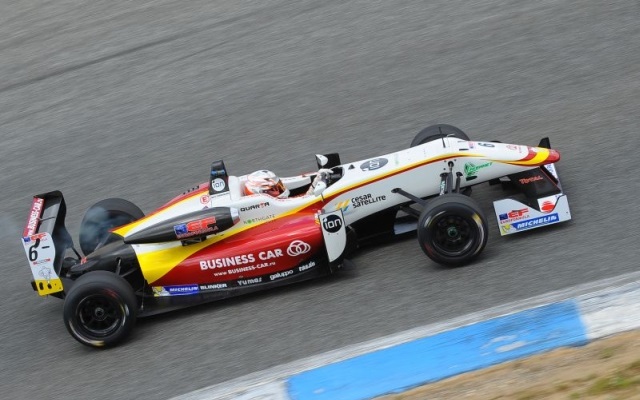 The Russian kept the lead at the start and, although he had Vitor Baptista less than a second behind him for the whole race, the Brazilian was never close enough to manage an overtake.

Despite taking second on the road, Baptista received a ten-second penalty at the end for not slowing down enough under yellow flags, which made him lose two places.

This allowed Yarin Stern and Yu Kanamaru to complete the podium, having both spent the race not far off the leading duo.

Andres Saravia was running sixth for most of the race but a collision between him and Tanart Sathienthirakul led to him losing three places.

The Thai driver finished fifth ahead of the RP trio of Damiano Fioravanti, Igor Walilko and Saravia.

Leonardo Pulcini had crossed the line in fifth but also had a time penalty, ending up ninth, while Diego Menchaca completed the top ten.