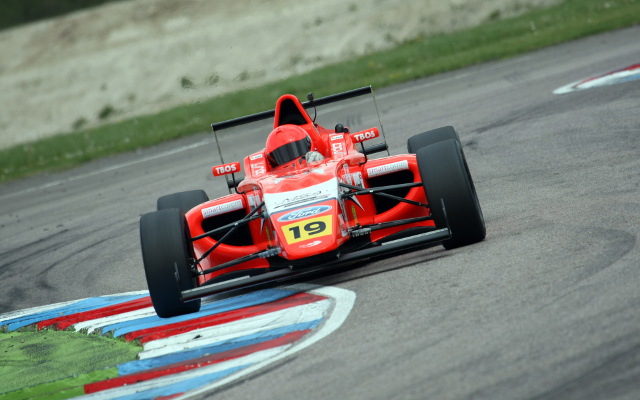 Arden’s Sandy Mitchell has secured his first win in single-seaters in the opening race of the MSA Formula round three at Thruxton.

Having dominated qualifying, Mitchell was down to third after a poor start but fought back to claim the win.

It was a messy first lap further down the pack, with four drivers ruled out of contention, including championship frontrunner James Pull.

A four-lap safety car period followed and, while Leist got a good restart, Mitchell instantly passed Fielding and was soon challenging the Brazilian for the lead.

It didn’t take the Arden driver long to be back into first and he quickly pulled away, finishing a second and a half ahead.

With Leist taking second, Norris and Fielding fought for the final podium spot and eventually came together on lap 12 at Cobb. Fielding was done for the day, while Norris recovered to claim tenth.

Third ended up going to JTR’s Daniel Baybutt, who kept Ricky Collard behind.