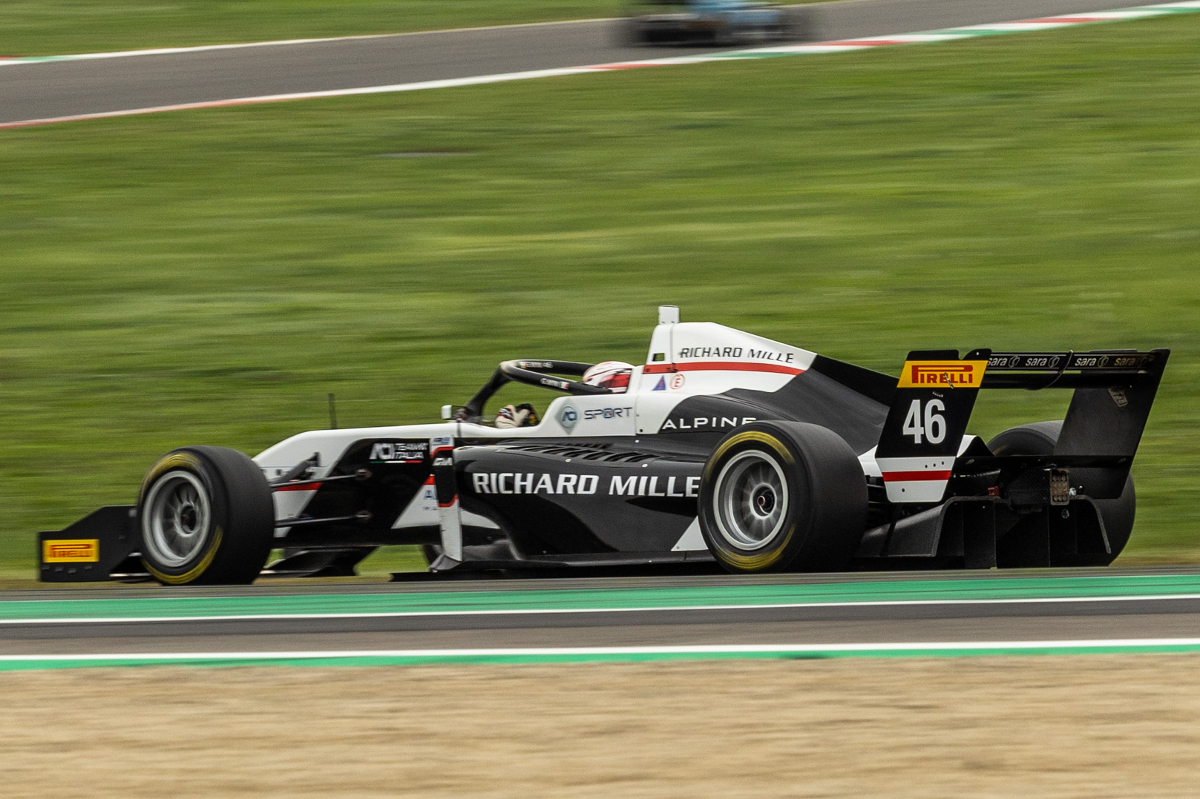 Gabriele Mini rounded off a frustrating season with a fighting victory for ART Grand Prix in the final race of the Formula Regional European Championship season at Mugello.

Needing to win with rival Paul Aron failing to score, Mini had conceded before the race that second in the championship was almost out of reach. But with Aron finishing only 11th after a disastrous qualifying session, a jubilant Mini overhauled his rival by a single point in the final standings.

Having dismissed front-row starter Joshua Dufek, at the start, Mini slotted in behind poleman Gabriel Bortoleto in the early laps. As they passed the pits to start lap six of 17, Mini used his push-to-pass to maximum effect and eased into the lead before the braking zone for the first corner.

The lead that Mini had quickly built up disappeared with the appearance of the safety car after Francesco Braschi tangled with FA Racing team-mate Victor Bernier at Luco on lap 11.

The safety car pulled in two laps later, allowing Mini to dictate the pace into the final corner. Weaving down the straight to break the tow to Bortoleto, he held onto the lead which he extended to 1.84 seconds at the flag.

Aron was unable to make significant progress from 16th on the grid and failed to score points to round off a disappointing weekend for the Estonian despite his race one victory.

Champion Dino Beganovic followed Mini past Dufek on lap one and had a lonely race in third place as he lacked the pace to challenge the leading pair.

Dufek looked to have the rookie championship in his pocket as he ran a comfortable fourth before the intervention of the safety car, with his rival Trident’s Leonardo Fornaroli languishing in ninth and unable to make any headway.

However, an opportunistic move from Hadrien David into turn three at the restart forced Dufek wide and onto the gravel. As the unfortunate Dufek fought to rejoin he lost two more places, dropping behind Owen Tangavelou and Lorenzo Fluxa.

Dufek held on to seventh, but Fornaroli’s fourth place was enough to give rookie honours to the Italian.

Fluxa managed to get ahead of Tangavelou around the outside of San Donato on the penultimate lap to take fifth, though the latter secured his first rookie classification win of the season in sixth.