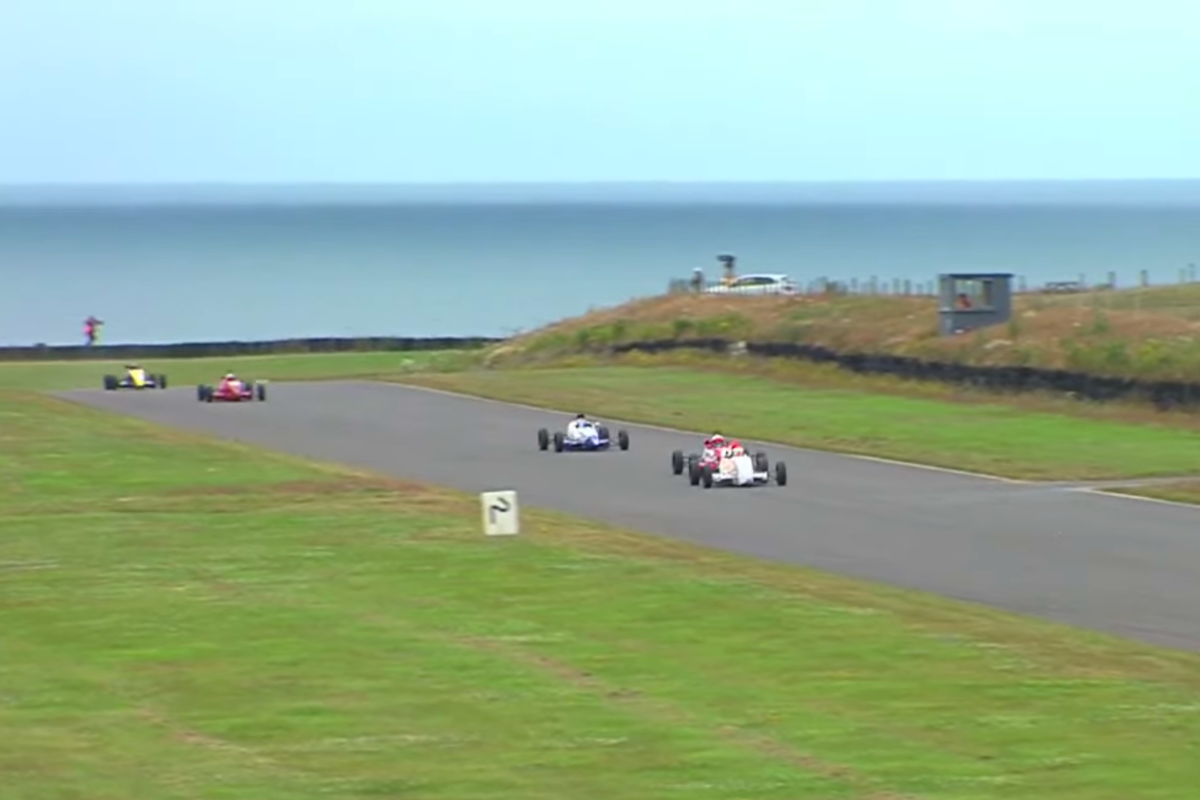 Chris Middlehurst took his second BRSCC National Formula Ford 1600 victory of the weekend at Anglesey after another close battle with Max Esterson.

Middlehurst led away from pole ahead of Esterson, while Walker passed B-M Racing’s Jamie Sharp and Jack Wolfenden on the opening lap to move into third.

The front two continued their battle from Saturday’s opener, with Middlehurst fending off Esterston for the first four laps.

Esterson managed to get by the next lap with a move up in the inside at Peel corner, but Middlehurst wrestled the lead back a few corners later at Rocket. This allowed Walker to close in and make it a three-way lead battle.

The positions remained the same until the finish, with Middlehurst holding on to take his fourth win of the season and move closer to points leader Esterson after being on a continous recovery in the standings since a tricky season opener.

Sharp passed Wolfenden during the race to take fourth, the pair separated by 0.2s at the chequered flag. Wolfenden again took the spoils in the BRSCC Northern FF1600 championship class.

LDR’s Colin Queen recovered from 11th on the grid to finish sixth ahead of KMR’s Megan Gilkes, who started and finished seventh, having had her penalty for jumping the staer in Saturday’s race rescinded.

KMR team-mates Lukas Romanek and Thomas Mills were eighth and ninth, the latter having started from the back of the grid. LDR’s Andre Lafond finished 10th.

Oldfield Motorsport’s Carter Williams retired after a collision with a Northern competitor on the opening lap while trying to climb from the back of the field.