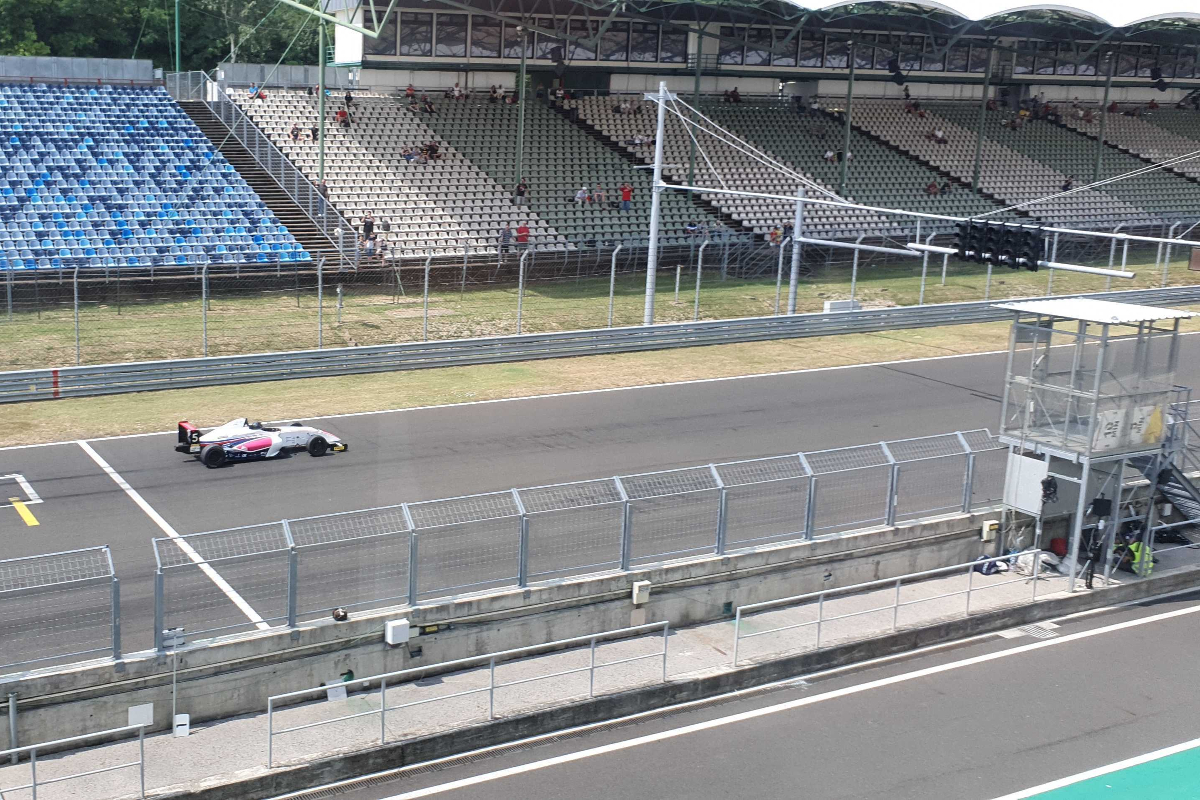 Maceo Capietto controlled the final French Formula 4 race of the weekend at the Hungaroring to move into second in the points.

Capietto leapt away from pole to escape the attacks of points leader Esteban Masson, who had started alongside him on the front row, and after having his mirrors full in the opening few laps he then started to pull away and finished the 13-lap race with an advantage of just under three seconds.

He actually backed off towards the end, with his lead having grown to 3.22s at one point.

Despite going off track in the middle of the race, Tasanpol Inthraphuvasak had established himself so comfortably in third place that he didn’t lose a position and he completed the podium.

Cabanelas finished sixth, while Giusti fell to ninth behind Hugh Barter and Elliott Vayron despite the latter twice going off at turn four.

Angelina Favario pitted at the end of lap one and was classified a lap down after she came to a stop at turn one on the final lap. Daniel Ligier was also a lap down after an opening lap incident with Pierre-Alexandre Provost that is currently under investigation.