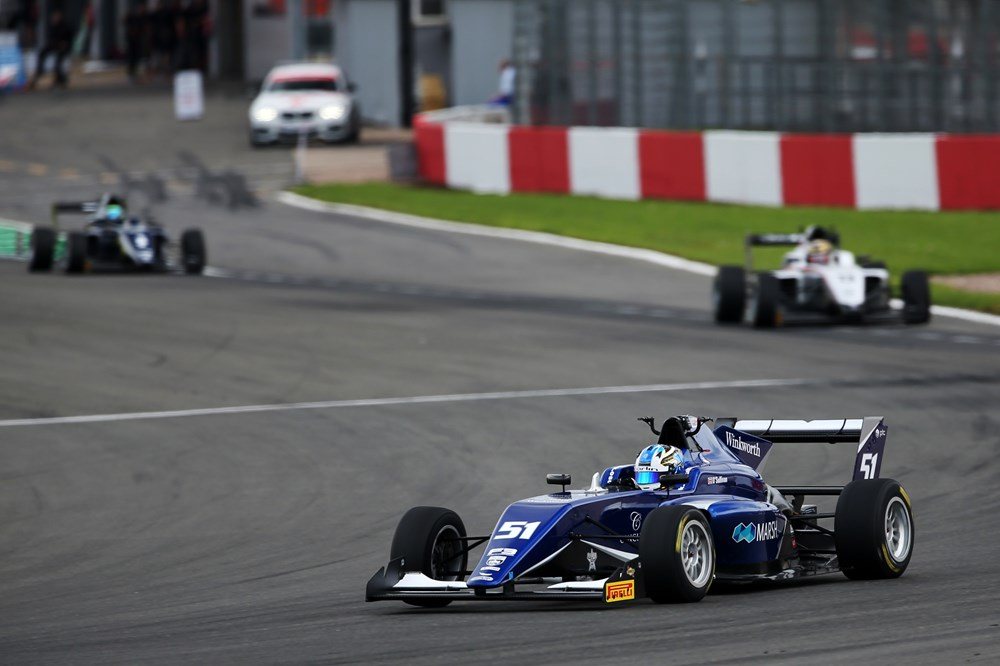 O’Sullivan started from pole position alongside Arden’s Alex Connor and held onto the lead at the start. From there, Connor was able to keep with the championship leader throughout the 12-lap race but was unable to find any way through. The gap was often around the one-second mark, with Connor closing in during the closing stages.

The pair were chased for much of the race by Ushijima and Horsten until a lunge from Horsten on Ushijima at Goddard’s on lap nine concluded with the former in the gravel with suspension damage after being launched into the air.

Horsten, meanwhile, was able to continue but dropped behind Roberto Faria and Javier Sagrera – who lost his race one podium due to a false start. Faria, who began this race on a complete set of used tyres but worked his way past Sagrera at the start.

Horsten held onto fifth ahead of weekend debutant Roman Bilinksi. Christian Mansell, Dexter Patterson, Ayrton Simmons and Sebastian Alvarez rounded out the top 10. Alvarez too started on a completely old set of tyres.

In addition to Ushijima, Douglas Motorsport’s Reema Juffali was the other retirement from the race. She was battling towards the back of the pack when forced wide at the Old Hairpin, where she damaged her front wing on the grass.

Juffali is set to start the final race of the weekend from pole position after being slowest in qualifying.