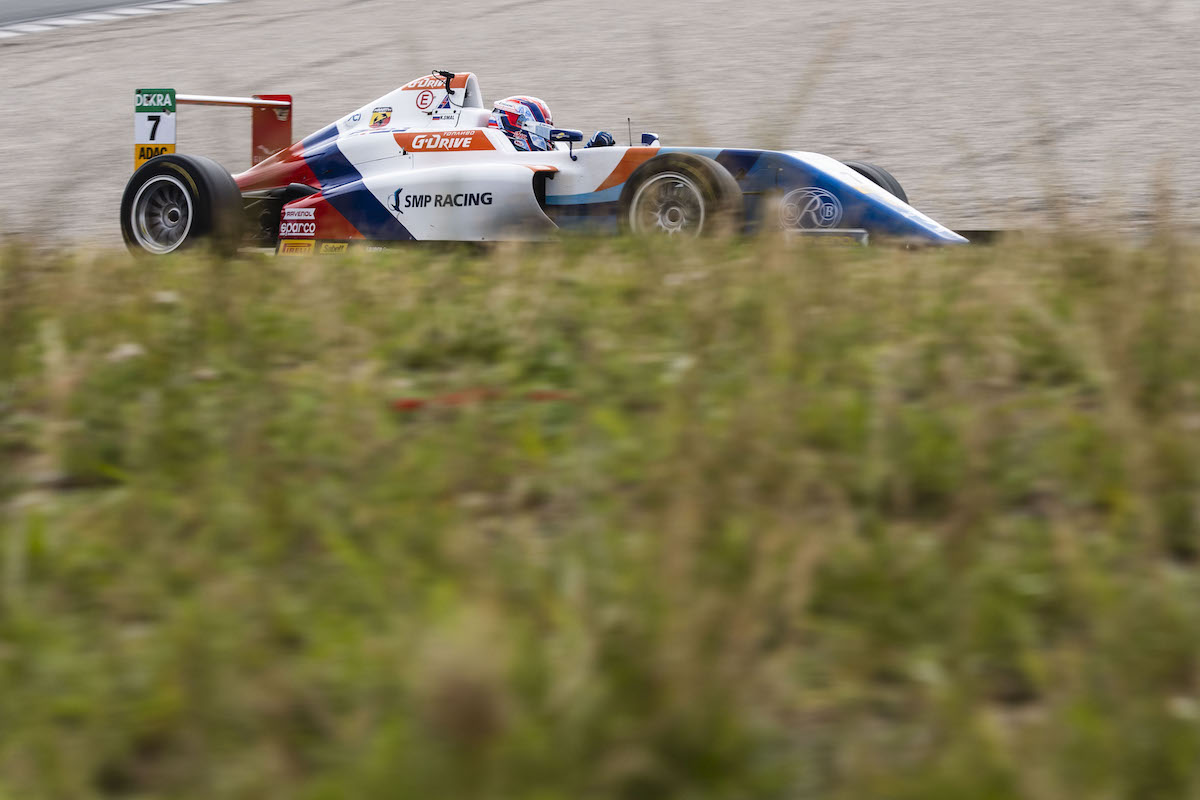 Reversed-grid pole-sitter Montoya made an extremely slow getaway, dropping to ninth place by Tarzan corner on lap one before fighting his way back to the front.

Smal made an excellent start from the second row and, once he had passed front-row starter Sami Meguetounif on lap one, was never threatened, judging both safety car restarts to perfection.

Montoya fought back through the field quickly, including an opportunistic dive to the inside at Hugenholtzbocht, to recover to fourth place by the end of lap one.

Having passed Tim Tramnitz he then moved up to second as Victor Bernier locked up into Tarzan at the first restart. Despite setting fastest lap, the limited green flag running prevented him from challenging Smal for the win.

A four-car crash at Tarzan, eliminating Hamda Al Qubaisi, Valentino Catalano and the two Jenzer Motorsport cars of Francesco Braschi and Jorge Garciarce Davila, necessitated a lengthy safety car intervention. Despite the attendance of the course medial car, all drivers were unhurt.

After only a single full lap of racing, Vlad Lomko then punted compatriot Nikita Bedrin into the barriers under braking for the same corner, bringing out the safety car once more.

The safety car periods ensured plenty of action into the Tarzan hairpin. As the race restarted for the second time with just one lap to go, Tramnitz had a good run down the main straight to pass Berner for third place around Tarzan. This allowed championship leader Ollie Bearman to draw alongside Bernier, before going round the outside of the banked Hugenholtzbocht to push Bernier down to fifth.

Though Bearman was unable to maintain his perfect record for the weekend having started eighth on the grid, fourth place ensures that he leaves Zandvoort with a 40-point lead over Montoya.

The top 10 was completed by Luke Browning, Joshua Dufek, Leonardo Fornaroli, Taylor Barnard and Conrad Laursen, after Bence Valint had been penalised for jumping the start. Bedrin’s elimination meant that rookie honours went to Michael Sauter for the first time this year.