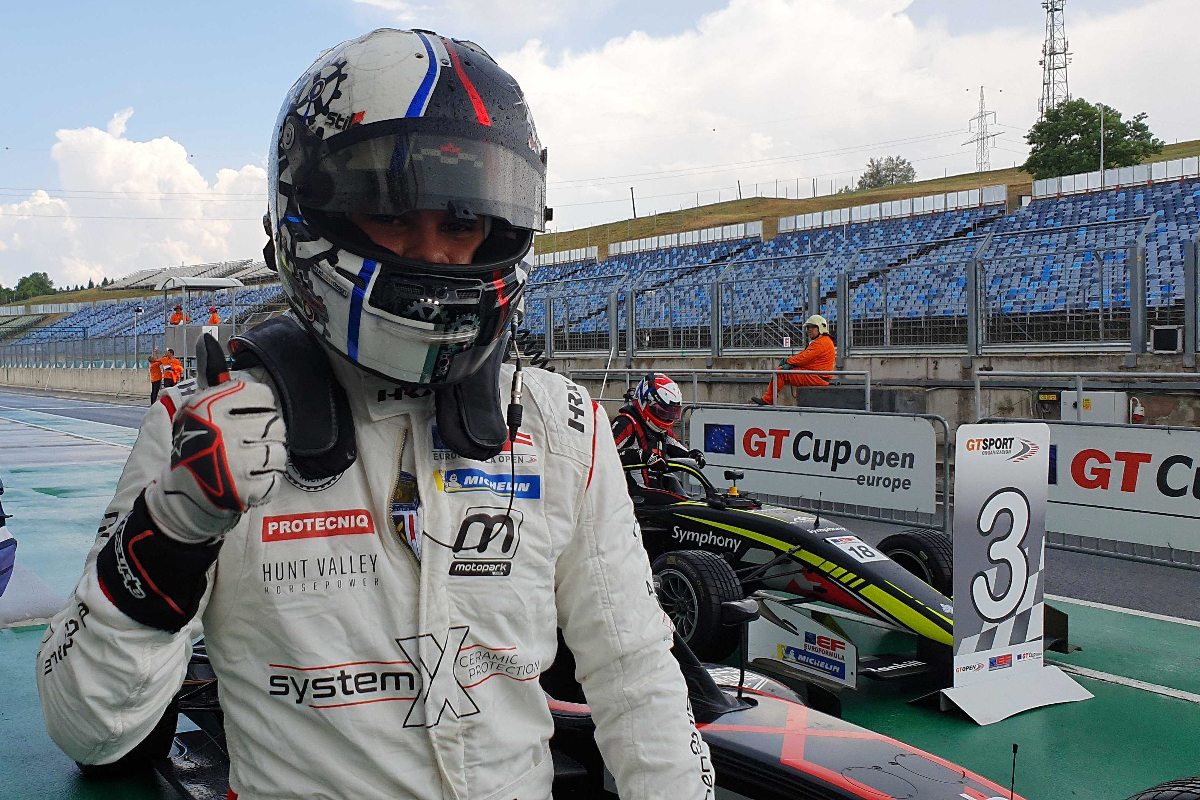 Steering troubles for the Motopark driver in race two meant he spent most of the race outside of the points and instead went for fastest lap, which awards pole for race three.

He was successful in that venture, but didn’t immedaitely get to make the most of it as heavy rain meant the first four laps ran behind the safety car. During that time CryptoTower Racing Team’s Louis Foster went off at turn 10 but seemingly didn’t lose a position.

Das sprinted away when racing began properly on lap five, while Van Amersfoort Racing’s Cem Bolukbasi conceded fifth place to Jak Crawford by going wide at turn two, but Double R Racing’s Joshua Mason then went off at turn 10 and the safety car was called out again.

Despite the lower speeds during the safety car period, turn 10 still caught out Motopark’s local driver Vivien Keszthelyi, and racing resumed on lap nine with 11 cars.

This time it was Crawford who was the quickest from the off, diving down the inside of Van Amersfoort Racing’s Casper Stevenson for fourth place.

While Das pulled away in the lead in the second half of the race, Crawford spent his time looming behind VAR’s Rafael Villagomez and CryptoTower’s Nazim Azman who were in second and third. He coulnd’t find a way pass Azman, and finished fourth.

Stevenson managed his pace to come home in fifth, while sixth place ended up being the most hotly disputed position. After being shuffled down to sixth, he was tracked down by Foster and the pair traded places multiple times. As the track started to dry, Foster finally established himself as the driver in front and minimised his points loss to title rival Das.

Drivex School’s Joshua Duerksen came eighth, although for most of the race ran behind Double R’s Zdenek Chovanec until it was demanded that he let Duerksen through having passed him by cutting the chicane.