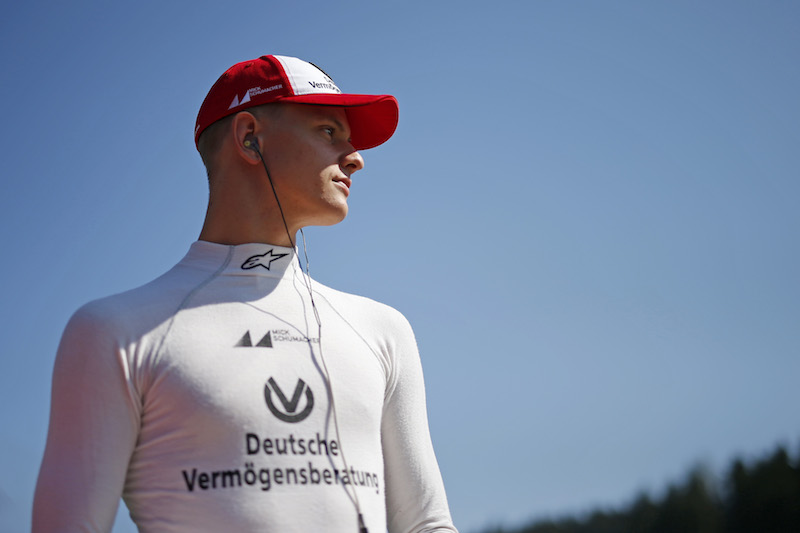 Mick Schumacher set the pace in free practice ahead of the race weekend where he is likely to be crowned Formula 3 European champion at Hockenheim.

Schumacher, who has a 49-point lead at the top of the standings going into the final round, had been only 15th in the opening 40-minute segment of practice, and spent much of the second session on top of the timing screens but just shy of Jehan Daruvala’s 1m32.625s benchmark from first practice.

A spate of quick laps inside the final 10 minutes of running however put Schumacher onto a 1m32.066s.

Prema team-mate Robert Shwartzman, who has been the closest driver to Schumacher over the last two rounds, was just 0.007 seconds behind in second place.

Dan Ticktum, the closest driver to Schumacher in the standings, was third for Motopark, 0.048s away.

Carlin driver Daruvala took fourth in the second session ahead of Guan Yu Zhou and the Estonian pairing of Juri Vips and Ralf Aron.

The top 10 was completed by Jonathan Aberdein, Fabio Scherer and Ferdinand Habsburg.

Marcus Armstrong, the third and final driver with a mathematical chance of claiming the title, was 14th behind Artem Petrov, Keyvan Andres and Sacha Fenestraz.

Andres had been second fastest in the first session ahead of Shwartzman, Zhou, Armstrong and Habsburg.

Debutant Frederik Vesti was 14th in the opening session and 20th in the second, when he was black-flagged in the closing stages for not respecting track limits.