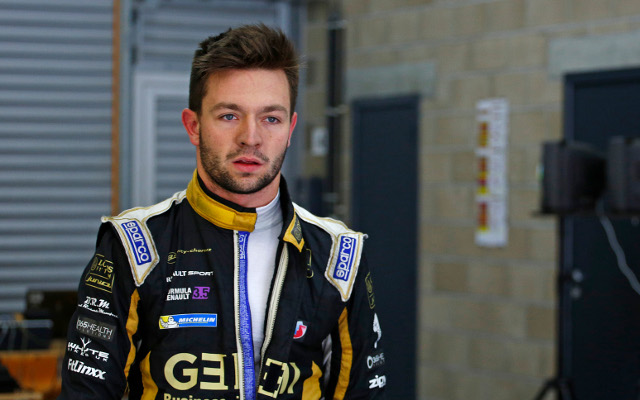 Formula Renault 3.5 title contender Matthieu Vaxiviere set the pace in the first of Friday’s sessions at the Hungaroring.

The Frenchman hit the top of the times just before the chequered flag with a time of 1m31.232s.

Tio Ellinas took second late on, 0.185s slower than Vaxiviere, with Pietro Fantin relegated from first to third in the final minutes.

Vaxiviere is set to have a new team-mate at the Lotus-branded Charouz team this weekend, with fellow F1 team junior Alex Albon drafted in to take the place of Meindert van Buuren. No official confirmation or reason for the switch has yet been made public.

Albon, who is competing in European F3 this year but set the pace on his first drive of an FR3.5 car for Lotus last November, took fourth place at the end of the session, within three tenths of Vaxiviere.

Championship leader Oliver Rowland led the way on multiple occasions in the session but ended up fifth ahead of Gustav Malja, Nyck de Vries and Nicholas Latifi. Tom Dillmann was ninth and Formula 1 racer Roberto Merhi completed the top 10.

Rowland’s Fortec team-mate Jazeman Jaafar, who sits third and eight points behind in the standings, failed to set a lap time, though did do four laps.