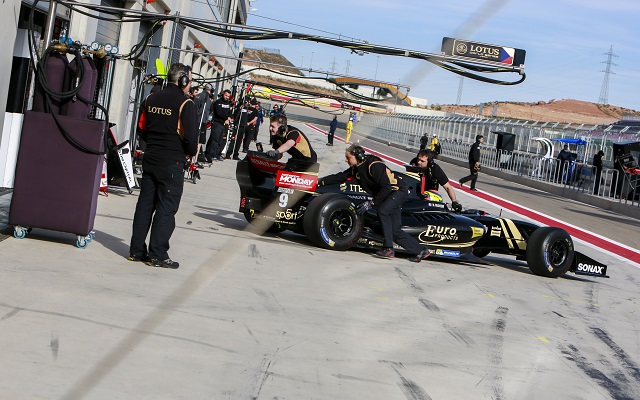 Lotus Formula Renault 3.5 driver?Matthieu Vaxiviere?remained unbeatable at the start of day two of the Aragon test.

With the new low downforce configuration that will be used at the opening race at each round mandatory for today’s running, Vaxiviere led for the majority of the session, getting down to his best time of 1m40.662s with more than two hours to go.

As in the two sessions on Monday, Vaxiviere’s margin was considerable, with second-placed Tio Ellinas 0.421s adrift.

Oliver Rowland was third, with his Fortec team-mate Jazeman Jaafar in fifth behind AVF’s Beitske Visser.

Dillmann is running alone for Carlin today with Sean Gelael absent due to university exams, while Facu Regalia has taken back his #7 Zeta car – the team’s only entry at this test – after Roman Mavlanov tested it yesterday.