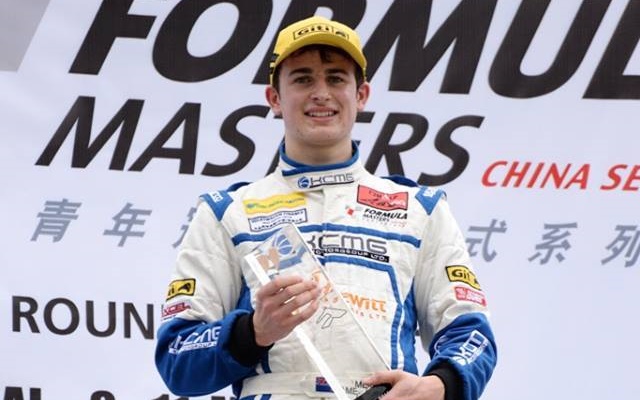 The 18-year-old Kiwi will continue racing for the KCMG squad that took him to the FMCS title and a record-breaking six-race winning streak in the championship.

“I?m delighted to be returning again with KCMG,” Munro said. “I hope that we can achieve similar success in 2015 as we did last year in Formula Masters. I believe I am with the right team to challenge at the front, and I?m looking forward to the experience of racing in the FIA F4 series.?

Munro also has a national Formula Ford title under his belt and finished seventh and ninth overall in his two years in the Toyota Racing Series.

“We cannot think of a better driver for this new FIA campaign,” said KCMG boss Ryuji Doi. “We are confident that James will bring the team the same outstanding results that he delivered in Formula Masters last season.”

Munro, who is joined by Formula Challenge Japan graduate Yuki Nemoto in the team, is one of just three international drivers on what is set to be a grid of more than thirty cars.

The other foreigners in the series are Korean Doyun Hwang and Nicolas Costa, 2012 Formula Abarth champion and Pro Mazda race winner who is set to run for Vincenzo Sospriri’s Lamborghini junior squad.

The inaugural season of Japanese F4 kicks off next weekend at Okayama.