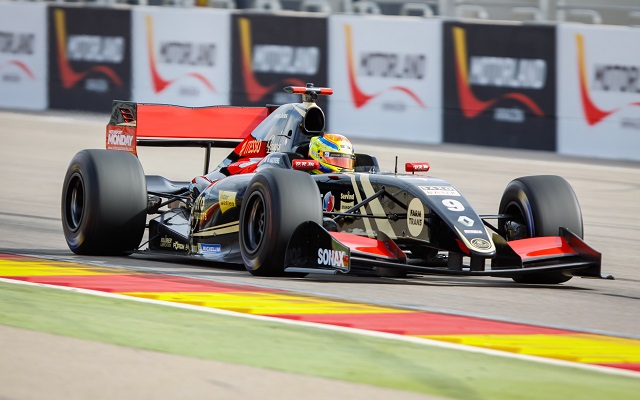 After setting the pace in the morning, the Lotus team’s driver went back to the top of the times in the closing stages of the day and, as the majority of the field set their best times at the chequered flag, lowered his benchmark to a 1m40.635s.

Second-placed Dean Stoneman was one of those to improve at the end, but the new Red Bull Junior was over half a second down on Vaxiviere.

Egor Orudzhev got up to third at the close of the session for Arden ahead of Fortec’s Jazeman Jaafar and Strakka’s Jerez test pace-setter Tio Ellinas.

As in the morning, Tom Dillmann led the times for a while before ending up sixth for Carlin. Vaxiviere’s new team-mate Meindert van Buuren was seventh in front of the second Strakka driver Gustav Malja, Draco’s Bruno Bonifacio and pre-season title favourite Oliver Rowland, who was a second off the pace in tenth.

The late stoppage was triggered by the afternoon’s slowest runner, Philo Paz Armand.