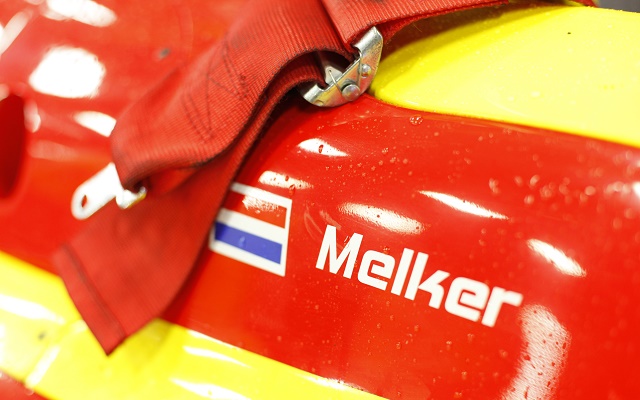 Dutch racer Nigel Melker will be back driving the Dallara GP2/11 in the series’ final pre-season test at Sakhir, Bahrain.

Melker, 24, was part of the GP2 grid in 2012, finishing 19th in his rookie year with a struggling Ocean team that went out of business shortly thereafter.

Prior to that, he’d been a race winner in both Euro F3 and GP3 with Mucke, finishing third in the latter series.

After leaving GP2, he did a season in Formula Renault 3.5 with Tech 1, finishing sixth, before moving on to claim the inaugural Formula Acceleration title in 2014.

Melker will be testing with Hilmer Motorsport, who are yet to announce either of their drivers for 2015 and will also run Briton Nick Yelloly.

Sergio Canamasas, who tested for Hilmer in Abu Dhabi, will drive MP Motorsport’s second car in place of Vittorio Ghirelli.

Richie Stanaway continues with Status after setting the quickest time in Abu Dhabi.

* Testing at Sakhir, not confirmed to race