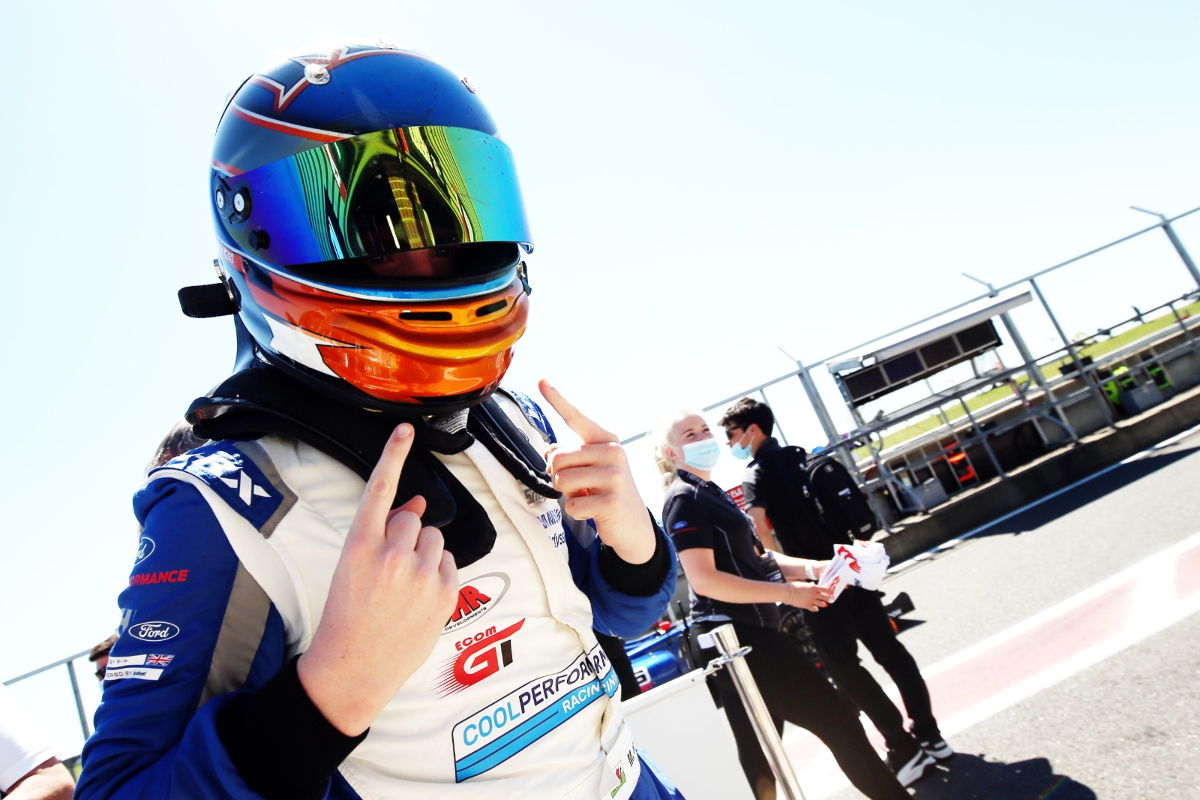 Matthew Rees topped qualifying for a third consecutive British Formula 4 round ahead of McKenzie Cresswell and Mattias Zagazeta.

The top five were separated by less than a tenth of a second around Brands Hatch’s Indy layout, with Rees just 0.011s ahead of team-mate Cresswell in second place.

The JHR Developments driver, who took both pole positions at Thruxton and Snetterton, didn’t quite have enough to top the order of second-fastest lap times, and will start fourth for the final race of the weekend.

Rees topped the order early on, and laptimes quickly tumbled. Eduardo Coseteng and Cresswell both took turns at the top of the order before Rees reclaimed the top spot.

Cresswell was second quickest, but his second-fastest lap time was enough to put him on pole for race three.

Argenti Motorsport’s Zagazeta jumped up the order late on to take third from team-mate Coseteng, while JHR’s Joseph Loake completed the top five.

Carlin’s Kai Askey took sixth ahead of Fortec duo Oliver Gray and Joel Granfors, but is third on the race three grid.

Argenti’s Marcos Flack, who set the pace in free practice, was only 13th fastest.

In a change of format from previous weekends, the opening race at Brands Hatch will be the reversed grid one.

Ardens’ David Morales starts on pole for that race, which will also award points for positions gained. Georgi Dimitrov had a difficult qualifying session that left him in 18th, but will start this afternoon’s race from second place.