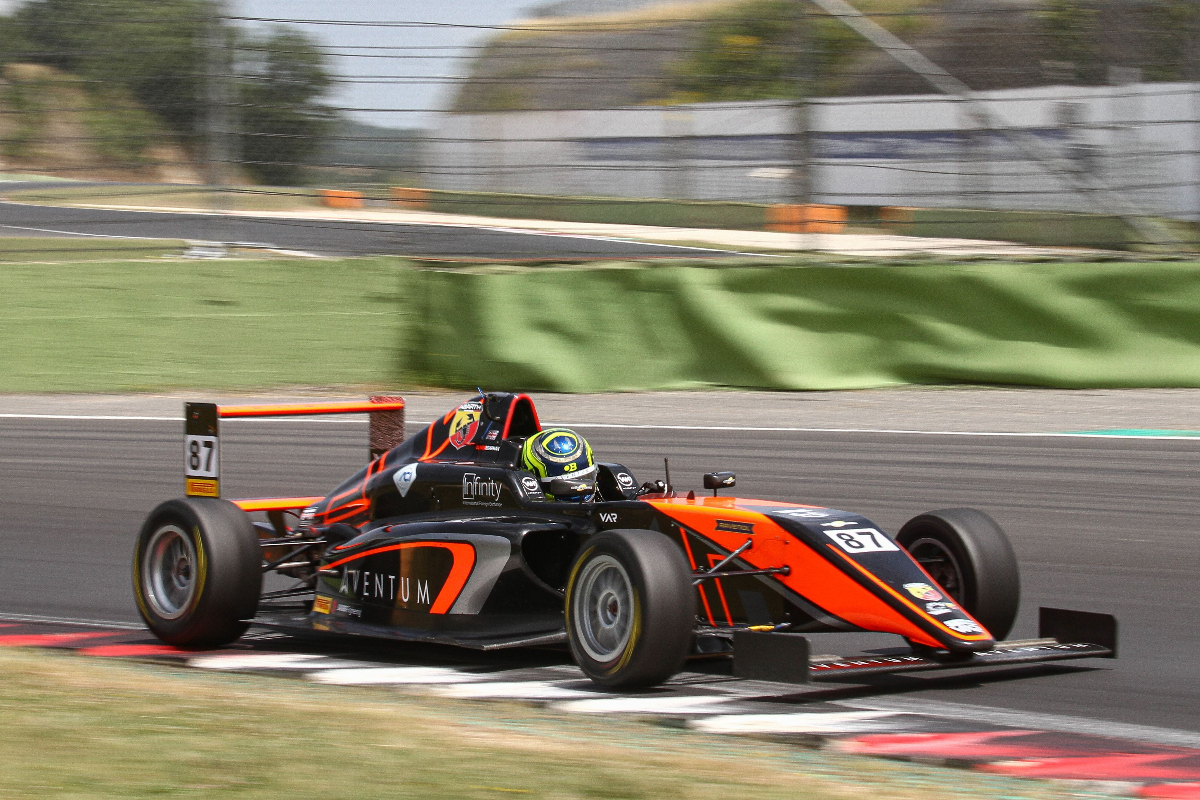 Italian Formula 4 points leader Ollie Bearman got the third round of the season off to a good start by topping both free practice sessions.

Temperatures had dropped significantly since Friday’s hot pre-event test, which aided performance around the Vallelunga circuit.

Bearman was at the top of the timesheet for much of FP1, with US Racing’s returning Tim Tramnitz and his own Van Amersfoort Racing team-mate Joshua Dufek trading second place.

It was Tramnitz who prevailed, with a lap two tenths slower than Bearman’s benchmark, and there were seven cars that lapped sub-1m34s.

That number increased in FP2, as Tramnitz and Bearman disputed top spot until the latter put in successive fastest laps to establish himself in first place.

In third was Prema’s Kirill Smal, who was 10th in FP1, while Dufek didn’t actually better his session one pace but still ended up fourth overall.

Charlie Wurz, son of former Formula 1 racer Alex and making his single-seater debut with Prema, rouded out the top five and was four tenths off the pace. He topped the in-season test at the circuit earlier this month.

His team-mate Sebastian Montoya was sixth, despite going faster in FP1 than FP2, and Mucke Motorsport’s Joshua Duerksen was seventh. Duerksen’s team-mate Jonas Ried topped the pre-event test but he was only 18th fastest in practice, although the top 21 drivers were covered by less than a second on pace. The third Mucke car of Erick Zuniga caused a red flag stoppage in FP2.

VAR duo Bence Valint and Cenyu Han were eighth and ninth overall, with Han off the pace in FP2, and Bearman’s title rival Leonardo Fornaroli (Iron Lynx) was 10th. After going 17th fastest in FP1, Prema’s Conrad Laursen rose to 11th in FP2.