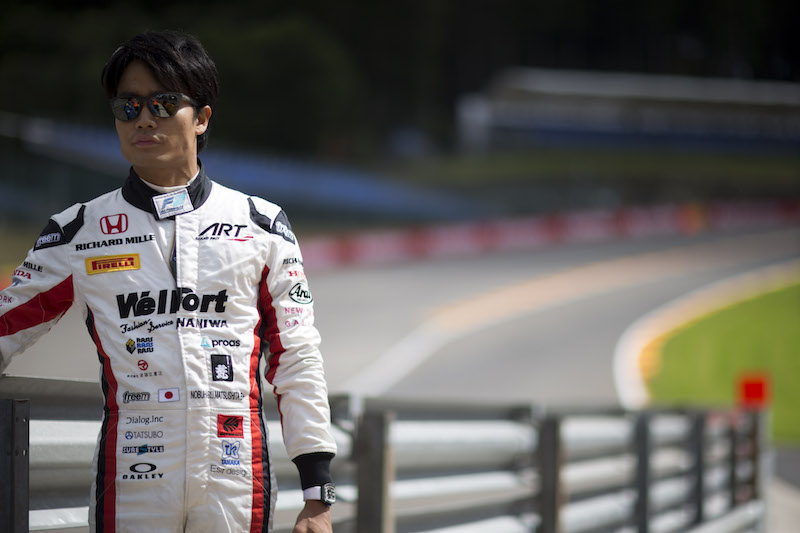 Nobuharu Matsushita will return to Formula 2 with Honda support in 2019 following a year in Super Formula, as Tadasuke Makino and Nirei Fukuzumi are set to be taken in the opposite direction.

Having failed to score enough superlicence points to make a Honda-supported Formula 1 drive possible, he returned to Japan this year to contest Super Formula and finished 11th overall with a best of fourth at Motegi.

He is known to have still harboured ambitions of racing in F2 and eventually F1,?and has signed to drive for Carlin next year as a continued part of the Honda Formula Dream Project.

?I am extremely excited to be returning to the FIA Formula 2 Championship where I feel I have unfinished business,” said Matsushita, who will get his first drive of the new F2 car with Carlin in this week’s Abu Dhabi test.

“Carlin have done a fantastic job this season to take the teams? title and second in the drivers? standings. We will be working hard from the outset this week to prepare a strong campaign for 2019. Thank you to Honda for their continued support and presenting me with such a great opportunity

“I would like to thank Honda, Carlin and all the people who have made this possible.?

Team boss Trevor Carlin, whose outfit famously ran Takuma Sato to his British Formula 3 success with Honda power, said: “We are thrilled to welcome Nobu to the team for the 2019 FIA F2 season.

“He is an exciting driver to watch and we believe he will be a great asset to the team and. He?s already a race winner in the championship so we know that together we are more than capable of providing a really strong showing next season.

“We?re extremely proud to be working with Honda again and to have been entrusted with such a promising Honda Junior driver.”

Matsushita’s move comes as Honda is expected to move Makino and Fukuzumi, both 21, back to Japan after just one season in F2.

Makino moved up to F2 after one year in European F3 and finished 13th overall with Russian Time, including a shock win in the Monza feature race.

Fukuzumi raced for Arden after finishing third in GP3 in 2017, but struggled to 17th position overall. Also competing as Red Bull athlete through Honda’s new relationship with the company, Fukuzumi took part in four F2 races without scoring a point.

By moving to Super Formula, both would likely join up with Red Bull junior Dan Ticktum, who has been expected to be placed in the series over an F2 campaign, although the latter has remained a possibility.

Honda will bring another member of its junior programme, Japanese Formula 4 champion Yuki Tsunoda, to Europe next year in the new FIA F3 series with Jenzer Motorsport.