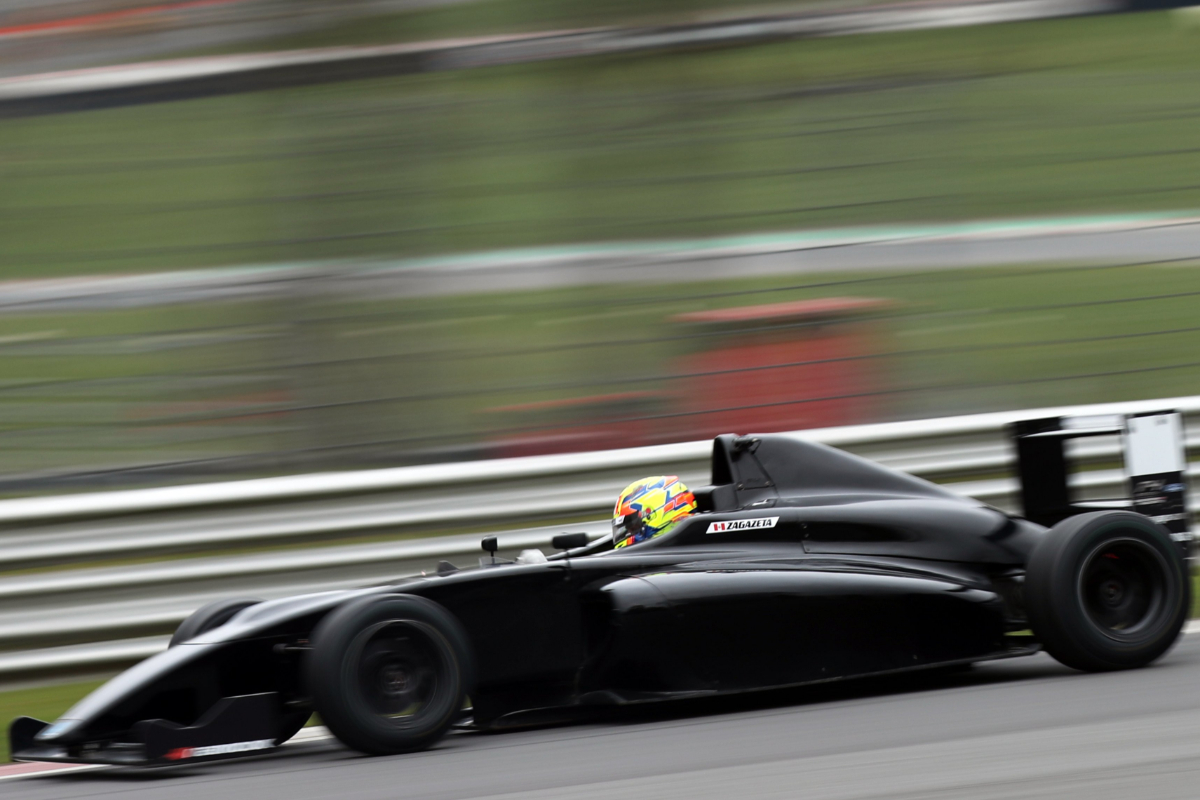 Throughout the day it was primarily Zagazeta and JHR Developments’ Abbi Pulling who were setting the pace, although in the morning session their ownership of the top two positions was broken when in the final 10 minutes Argenti’s Marcos Flack went on a run that culminated in a lap good enough for second place behind Zagazeta,

Pulling was third, just 0.083 seconds back, with her team-mate McKenzy Cresswell and Argenti’s Eduardo Coseteng completing the top five.

Coseteng, a Filipino karter who has spent the past two years primarily racing X30 Senior karts in Britain, was one of three drivers to set their best laptime in the morning. The other two were reigning Formula Nordic champion Joel Granfors (Fortec Motorsports) and Thomas Ikin (Arden).

James Hedley, who won four races in British F4 as a JHR driver last year and has tested BRDC British Formula 3 and Regional F3 cars during the off-season, joined Fortec for the one-day test and he set the early pace in the afternoon session.

Cresswell took over top spot 18 minutes into the three hour session, and held onto it for over 20 minutes before Pulling displaced him.

She knocked four tenths off her best lap to stay in first place at the one hour mark, at which point her other team-mate Matthew Rees had made it to second place.

Zagazeta soon got up to speed though, pushing Rees down to third and then snatching top spot from Pulling with a 45.734s time a few laps later.

That ended up standing as the best lap of the day, although drivers saw Zagazeta’s pace at the time and headed back out on track with a flurry of personal bests being set.

Pulling maintained second place with two improvements in the final 90 minutes, while Flack rose up to third and Cresswell – who set a day-topping 207 laps – built up his pace late on to go fourth fastest.

Thailand’s Tasanapol Inthraphuvasak, who made his car racing debut in F4 United Arab Emirates earlier this year, joined up with Carlin for the test and ended the day in fifth place but half a second off Zagazeta.