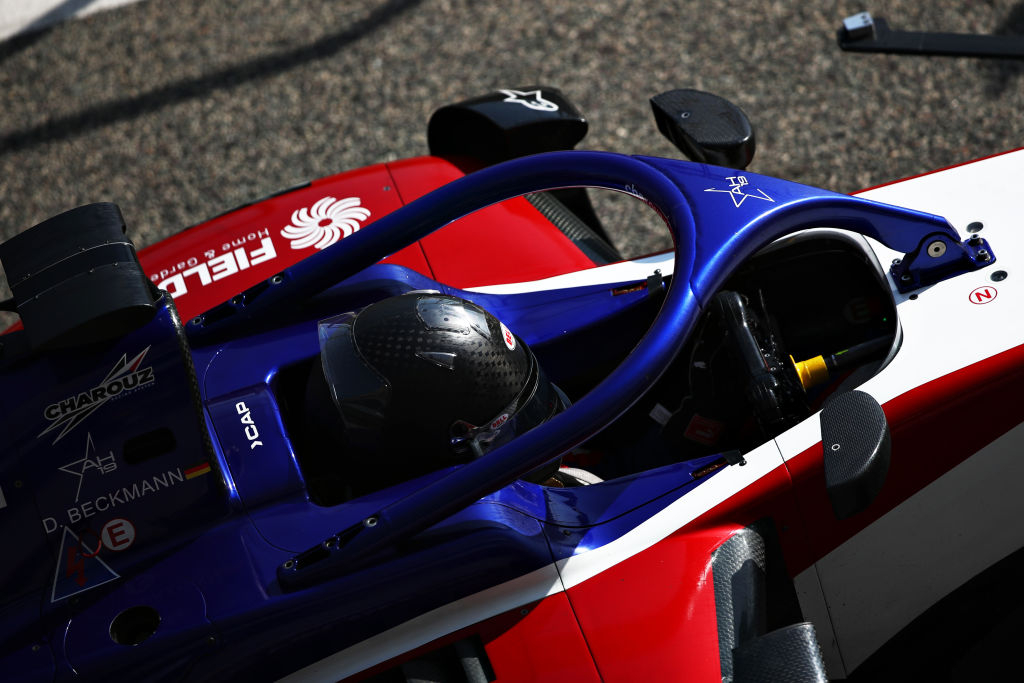 After long spells of limited action in the morning, the second session began with cars immediately heading out on track and Campos Racing’s Gianluca Petecof laying down the first benchmark.

Over the first 20 minutes of the three-hour session there were nine cars that went out, with MP Motorsport’s Lirim Zendeli displacing Petecof from first place with a 1m45.395s.

His test-only team-mate Richard Verschoor shaved two tenths off that a few minutes later, but Zendeli responded with a 1m45.010s lap as ART Grand Prix’s pair, Virtuosi’s Felipe Drugovich and HWA Racelab’s Matteo Nannini became the next to set flyers.

After three quarters of an hour the top five were covered by just 0.179 seconds, but there were still five drivers lapping at non-representative pace and Prema’s Robert Shwartzman and Hitech GP’s Juri Vips had yet to go on track at all.

Vips headed out at the end of the first hour, with Drugovich becoming the first driver to break into the 1m44s not long after, while Shwartzman set his first flyer at the mid-point of the session to jump to eighth. A few minutes later his team-mate Piastri went fastest with a 1m44.632s, with ART drivers Theo Pourchaire and Christian Lundgaard following in second and third.

As the end of the second hour approached, Virtuosi’s Guanyu Zhou became the last driver to set a proper laptime, and when he then banked his first flyer he went into 12th place.

On a quiet track after that, teams mostly then went out one at a time and Hitech duo Vips and Liam Lawson rose to the top.

Zhou returned to track and went third fastest with two improvements, and remained there until team-mate Drugovich became the first driver to lap sub-1m44s with 25 minutes to go.

DAMS was the next team to go out, and Roy Nissany and Marcus Armstrong leapt from the bottom of the timesheet to fifth and sixth. Then it was ART, with Lundgaard and Pourchaire going one-two.

That didn’t last long though, as Beckmann broke into the 1m42s to take first place with the fastest lap of the day.

The Prema and Trident drivers also made improvements before the final five minutes, but as most drivers returned to the pits and the order at the top went unchanged.