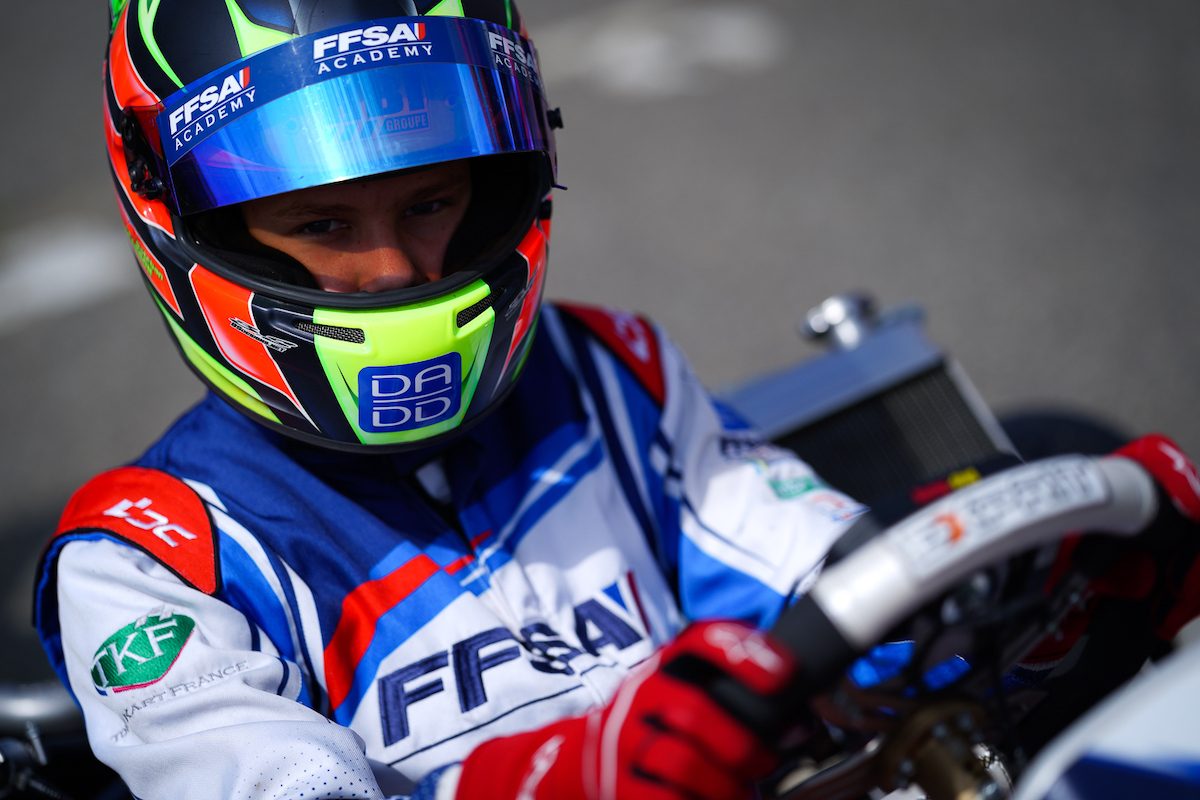 Esteban Masson, France’s junior karting champion in 2019, will switch permanently to single-seaters in French Formula 4 this season after cameos over the past two years.

The 16-year-old was competitive in Mini karts before stepping up to junior machinery at the end of 2018. He quickly adapted, winning the French national title and also racing in the United States.

“Delighted to announce my participation to the French F4 FIA championship this year for my debut season in single-seaters,” Masson said of his 2021 plans.

“It will be seven meetings this year with three races each meeting. Will see what it can bring us, definitely one only goal to reach.”

Masson has contested French F4’s Paul Ricard season finale for the past two seasons, with a best finish of fourth from his six races as a guest driver.

The Frenchman was in last week’s official test run by series organiser FFSA Academy at the Le Mans circuit.

A paddock source told Formula Scout that Masson, the returning Owen Tangavelou and junior karters Dario Cabanelas and Aiden Neate were closely matched on pace at the top of the times. Also at that test was Gail Julien, who will race in the championship this year, and French karters Caroline Candas and Pierre-Alexandre Provost.

There are now five drivers who have been confirmed to be contesting the upcoming season, after India’s Vignesh Kadarabad announced his participation last week. His single-seater experience so far includes F4 tests and races in the JK Tyre National Racing Championship in his home country.