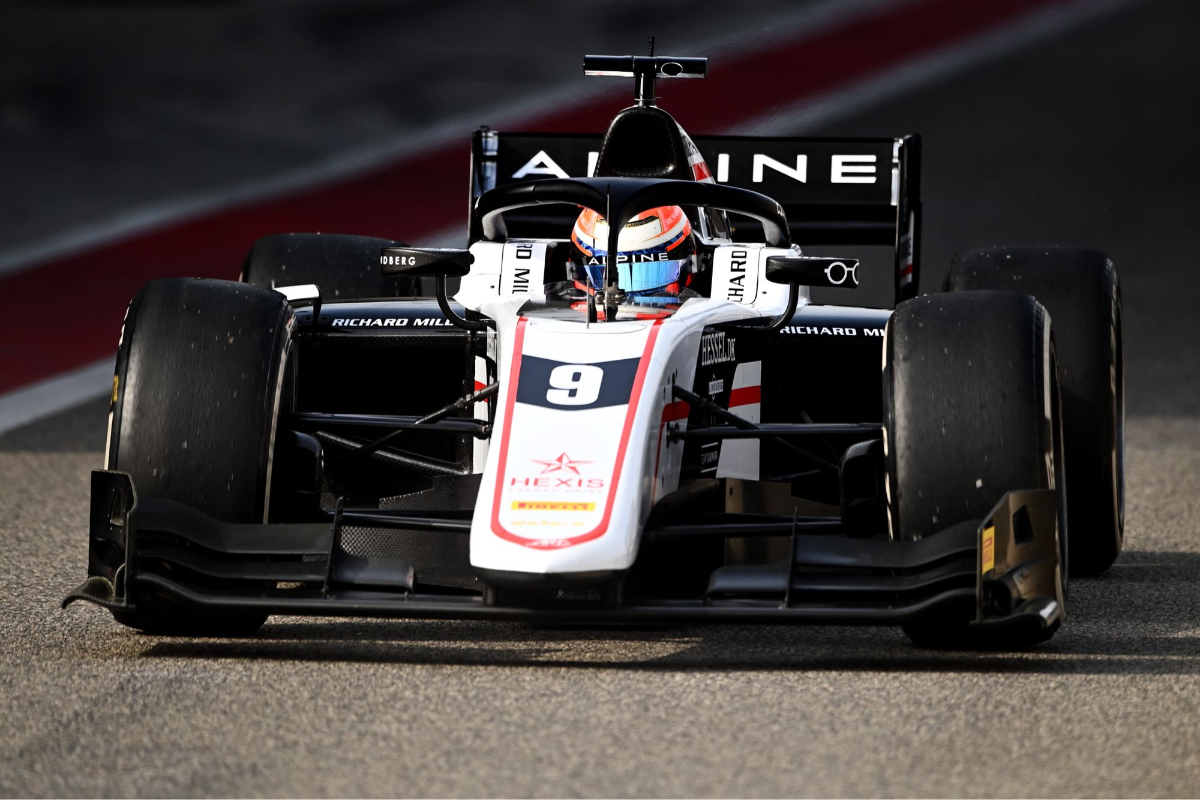 Alpine Formula 1 junior Christian Lundgaard was the fastest driver on the second morning of Formula 2 pre-season testing at Bahrain.

ART Grand Prix pair Lundgaard and Theo Pourchaire were the early pacesetters, with Lundgaard the only driver in the 1m43s for the first portion of the session before red flags were waved to retrieve Alessio Deledda’s car after he stopped with mechanical issues.

Action resumed after the first half-hour and Dan Ticktum (Carlin) and Marcus Armstrong (DAMS) didn’t take long to beat Lundgaard’s early benchmark as they both lapped around the 1m43.4s mark.

Drivers were spending more time on track than in Monday’s sessions, and by the end of the first hour laptimes had dropped to 1m42.028s courtesy of Trident’s Viscaal.

He was 0.010 seconds faster than Armstrong, with Hitech GP’s Liam Lawson and Juri Vips, Prema’s Robert Shwartzman and Oscar Piastri, Roy Nissany (DAMS) and Marino Sato (Trident) all lapping sub-1m43s too and pushing Ticktum down to ninth.

The ART GP drivers then went out together and both improved, with Lundgaard reclaiming first place with a 1m41.697s lap and Pourchaire jumping up to seventh. At this point drivers reverted back to saving tyres by staying in the pits, and there was another half-hour before anyone headed out to set some representative laptimes.

In the final half-hour of the three-hour session there was a second red flag interruption, again leaving only Deledda’s HWA Racelab-run car on track. Drivers were quick to return to track when the green flag was shown again with 15 minutes to go, but nobody was able to improve on their previous bests and meant Lundgaard sat top of the timesheet by 0.331s.

Ticktum was eventually shuffled down to 11th, while Virtuosi’s tipped to be title contenders Guanyu Zhou and Felipe Drugovich were several seconds off the pace in 15th and 20th.