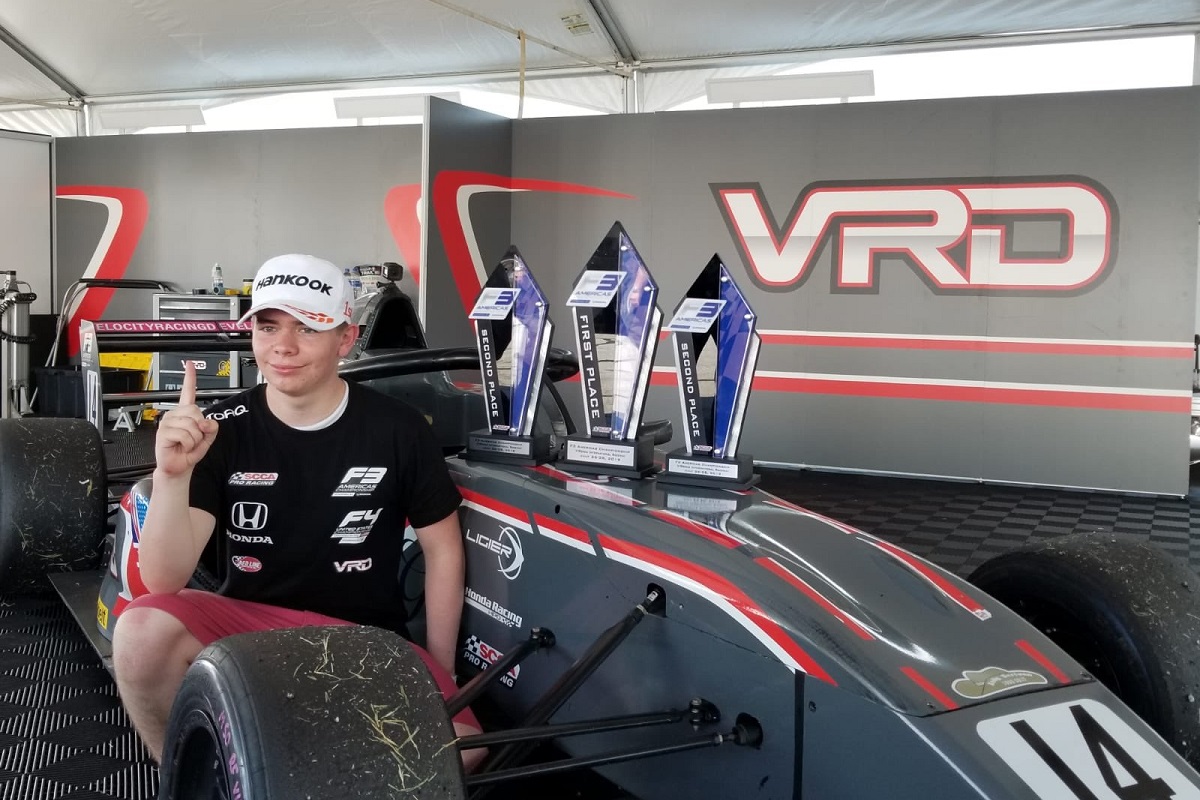 Mathias Soler-Obel has decided to stick with Velocity Racing Developments for a second season in Formula 3 Americas.

The 17-year-old Colombian, Lucas Oil Formula Car Race Series champion in 2016, took one win and one pole on the way to third in the standings with the team last year and was one of only seven full-time entrants.

“I learned a lot last year and will put that knowledge to good use in 2020,” said Soler-Obel.

“My goals have always been to win and podium, so those will not change as we enter a new season, but I do have my eyes on the title and there is no better program than VRD to try and achieve that goal.”

“Mathias had a good rookie season and should be one of the drivers to beat in the upcoming season,” Velocity’s Dan Mitchell commented.

“We had a few issues at the beginning of the 2019 season that we were able to overcome and from that point on, Mathias was one of the more consistent drivers.

“We have worked hard as a team to develop the car, driver and overall program and feel we can make a confident bid at the 2020 championship.

“I am expecting big things from Mathias as he has the drive to succeed and now with a year under his belt, has the experience to grow. We will be testing a lot in this off season which will only aid in his efforts in 2020.”