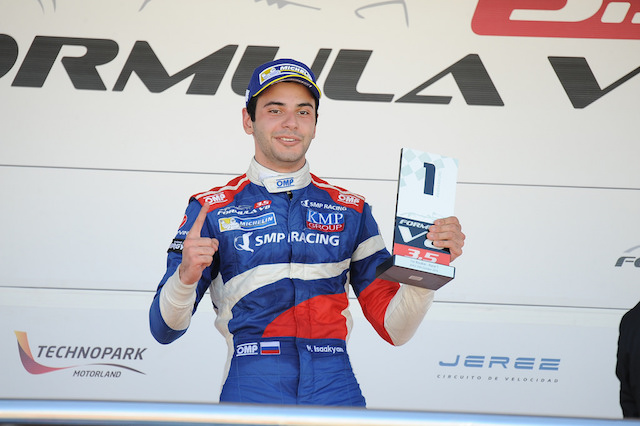 The 18-year-old Russian is backed by SMP Racing, which ran him out of its own Amato Ferrari-run outfit last year, but the same team has not been seen in testing action since the 2016 season ended.

Isaakyan, who raced in Formula Renault 2.0 in 2014-15, only scored two points in his first nine starts in the series, but then claimed a pole position and a podium at the Nurburgring, a win at Jerez and three further top-six finishes from?the final three races to end the year ninth in the standings.

He missed two weekends while concentrating on his efforts in the GP3 Series with Koiranen, where he was only 17th in the points.

Isaakyan appeared with the Arden team in post-season FV8 3.5 tests, but will race for?the AVF squad which ran Tom Dillmann to the 2016 title.

?I am delighted to join AVF Formula for this season,” he said.

“The team has a successful history and it is the right place for my development as a driver.

“Next year could be a very good year, I am aiming to fight for the top three positions in the championship.

“I have good knowledge of the car now, so I am more confident going into my second season.?

Team boss Adrian Valles added about Isaakyan: “We tested him in the past with Renault 2.0 and we know he is a really fast and talented driver.

“Last year he had a very good season in 3.5, so I think his experience will be key in order to battle for the lead from the beginning.

“We are very proud to have him on-board and really motivated to fight for the title again.”

Vartanyan to race for JD Motorsport in Formula Renault