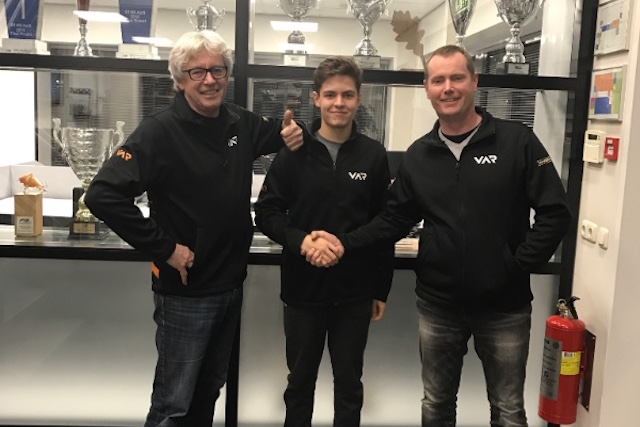 The 16-year-old Brazilian came 13th in the standings in his rookie campaign out of karts in 2016 while driving for Neuhauser Racing.

He scored one podium finish in the third and final race at Zandvoort in August, and placed fourth in the rookie standings.

He has since gone on to compete in the MRF Challenge, and sits third in the standings following a victory in Dubai last month.

?I am extremely pleased with the turn of events in my career, especially this great new association with a group that has a fantastic track record; and which has also proved over the years that it never neglects any possibilities to make their young drivers successful,? said?Drugovich.

?As they did for me last year, I also was watching closely the way they operate and frankly, my family and I were impressed. Even more since I had the opportunity to meet the whole team and visit their headquarters. I really look forward to a great second Formula 4 season as a VAR driver.?

Team boss Frits van Amersfoort, whose team took Joey Mawson to the 2016 title, added: “He showed some great results this year and we hope we can help him improve his skills and results even more.

“The start of our cooperation is both pleasant and promising. Furthermore, his performances in the winter-based MRF Challenge are so far impressive, indicating that his progress is constant. That?s extremely encouraging on the eve of the 2017 Formula 4 season.”