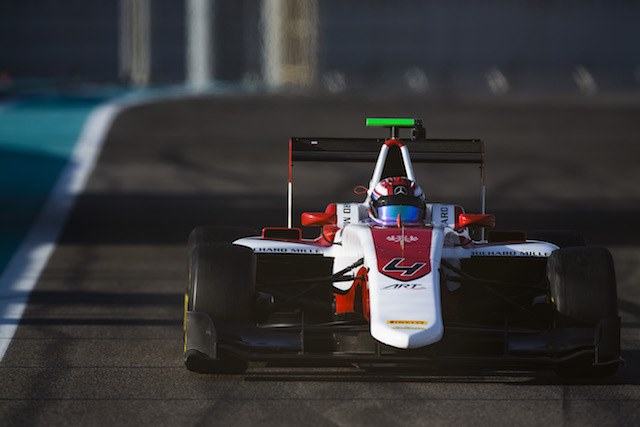 George Russell has joined the Mercedes Formula 1 junior programme and will race in GP3 this?year with ART Grand Prix, it has been confirmed.

Russell won the BRDC Formula 4 title as a car racing rookie in 2014, then spent two seasons in European Formula 3, coming third in the 2016 standings.

“George has shown impressive form in the junior categories and we’ve been keeping a close eye on him for a while now,” said Mercedes motorsport boss?Toto Wolff.

“It’s still early days in his career but we see great potential in him.”

This year, Russell will be out to emulate Ocon and new Mercedes F1 racer Valtteri Bottas, who both won the GP3 title at the first attempt with ART after making the switch from F3.

“George’s next challenge in GP3 will provide a good test of his credentials for the future.

“We have already seen with Esteban how effective this series can be as a training ground and, of course, this is the championship which propelled Valtteri into Formula 1, so we will follow George’s progress with great interest.”

Russell added:?”It’s great to be part of the Junior Programme.

“It is an incredibly opportunity to have the backing of the Formula 1?world champions.

“I’m proud to have been given this kind of recognition for all the hard work that’s gone into my career over the years so far.

“I’ve started doing some work with the team in the simulator and it’s already become clear to me that I’m working with people who are the best in the business, who I know will help me develop as a driver and as a person.

“Of course, my priority is to get the job done over the coming season in GP3 and I’m fully focused on that.

“But this opportunity is a huge motivation and I’m looking forward to the challenge.

“It should be an exciting year ahead.”