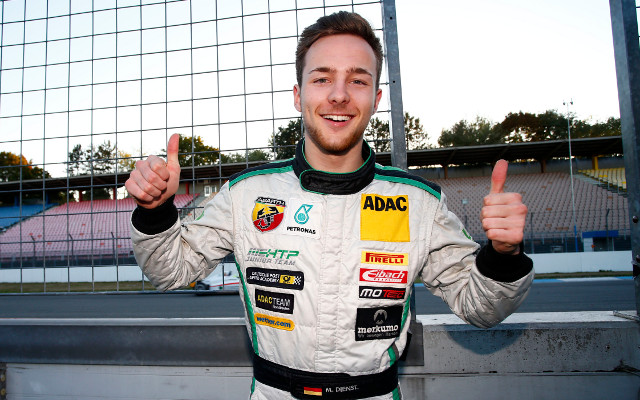 ADAC Formula 4 leader Marvin Dienst set the quickest time in qualifying for the deciding round of the season at Hockenheim, with team-mate?Janneau Esmeijer lining up alongside him in the first two races.

It was MSA Formula leader Lando Norris who set the pace for much of the first group’s qualifying session, until Dienst outpaced him by 0.129 seconds with his final lap.

Esmeijer, who had rotated HTP Junior Team pole position lockouts with Dienst at the past four rounds, then went quickest of the drivers in the second group – beating Dienst’s rivals Joel Eriksson and Joey Mawson – but was three tenths slower than his team-mate’s benchmark.

Both Dienst and Esmeijer set second-best times within a tenth of their quickest, locking out the front row for both races one and two.

Dienst takes a 30-point advantage into the weekend over Eriksson with Mawson a further 24 behind.

Behind the HTP pair, Norris and Eriksson will share row two, while David Beckmann – prioritising ADAC over the Italian series thsi weekend – will head Mawson on row three.

The top 10 order will be entirely unchanged on the grid for race two.