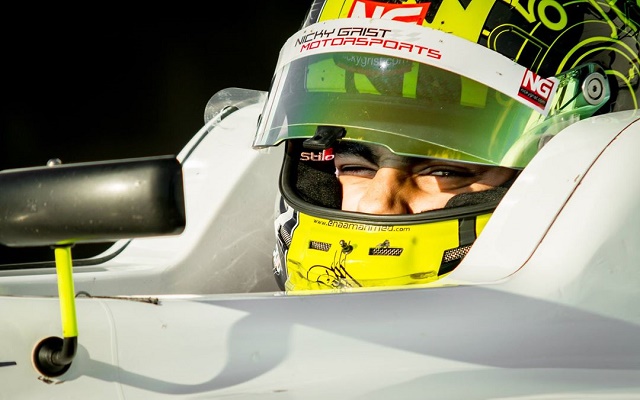 Briton Enaam Ahmed will start races one and three of the final SMP F4 round of 2015 at Parnu from pole position.

Ahmed, a regular in the MSA Formula series, took his first wins in single-seaters during the SMP F4 championship’s first visit to Parnu and has returned to the Estonian circuit, which has been named as a last-second replacement for Sochi, in style.

Vladimir Atoev, who had led both practice sessions, moved to within 0.015s of Ahmed’s benchmark late in the session, but the Briton improved by 0.006s to ensure double pole.

Atoev took P2 on both best and second-best times, but will be shuffled down to 12th on the race one grid due to a ten-place penalty for collecting his third reprimand of the season at Moscow.

As such, newly-crowned inaugural champion Niko Kari moves up to the front row, while Aleksanteri Huovinen and Nerses Isaakyan will share row two.

Ivan Matveev will start race one in fifth, narrowly ahead of Simo Laaksonen and Alexey Korneev, with Niklas Nylund, Nikita Sitnikov and Nikita Troistkiy making up the top ten.

On second-best times, Kari and Huovinen will make up row two, ahead of Russians Matveev, Korneev and Sitnikov, with Nylund and Laaksonen on row five.