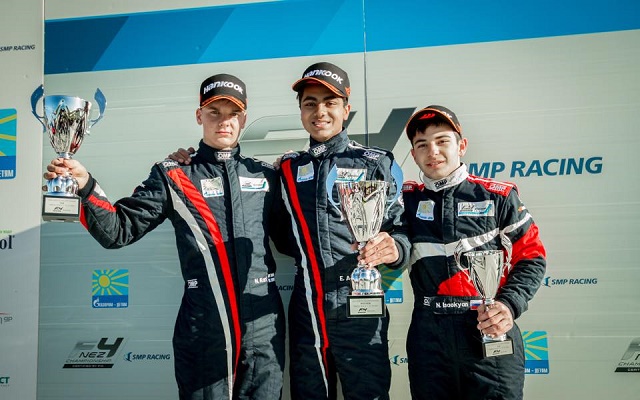 Enaam Ahmed converted pole position into the third win of his part-time campaign in SMP F4, triumphing in the first race of the Parnu finale.

Ahmed, whose two previous wins came at Parnu a month ago, controlled the race, managing the gap to champion Niko Kari.

He led the Finn by half a second after the opening lap and slowly but surely stretched his lead to 3.5s at the chequered flag.

Nerses Isaakyan ended up completing a podium made up of different countries, as the Russian passed Aleksanteri Huovinen on the first lap and maintained third.

Vladimir Atoev, who was down to 12th due to a 10-place grid penalty, made it up to sixth after the start and then passed Simo Laaksonen and Huovinen to finish fourth.

With Huovinen in fifth, Laaksonen also slipped behind Ivan Matveev to finish seventh.