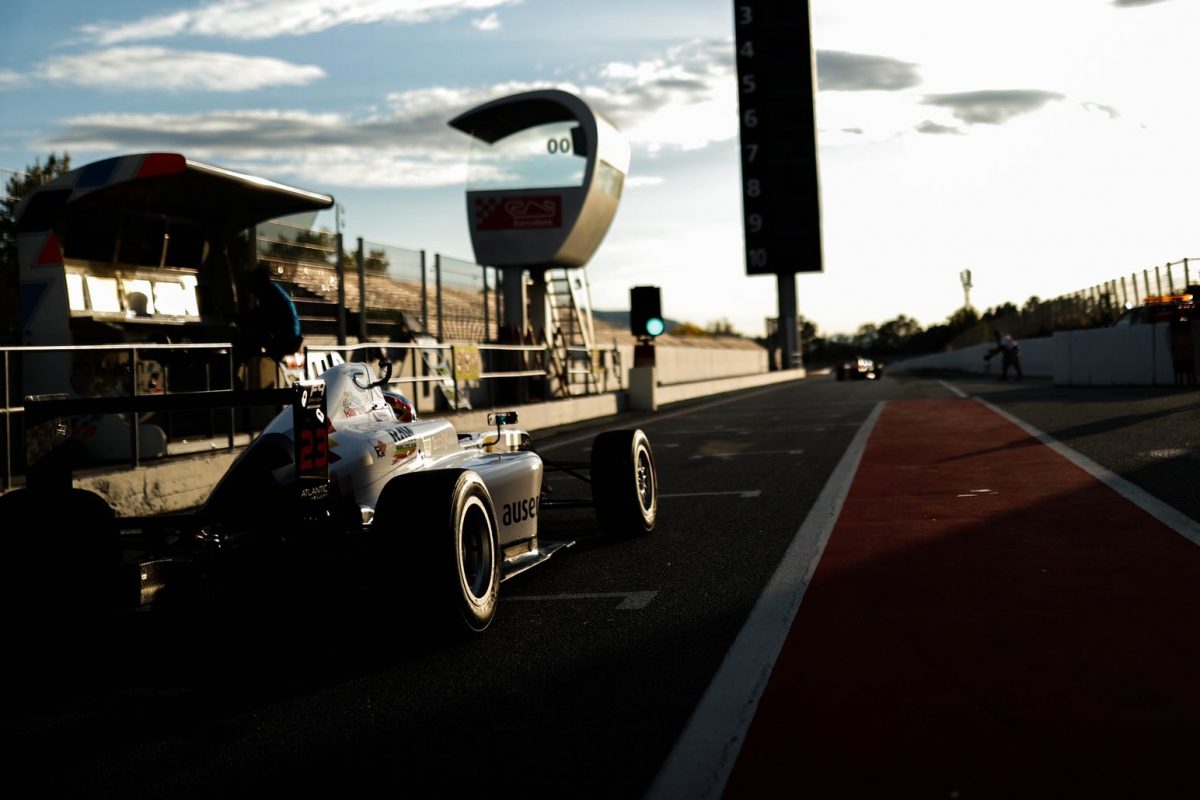 Campos Racing’s Pepe Marti set the pace in the free practice for the final round of the Spanish Formula 4 season at Barcelona.

Practice was split into two sessions over two days, with Friday featuring FP1 and a pre-event test session.

Sebastian Ogaard was fastest for Campos in the test, setting a 1m47.616s that put him 0.091 seconds clear of MP Motorsport’s Rik Koen and 0.157s up on Formula de Campeones’ Quique Bordas.

The laptimes improved when the cars returned to track in the afternoon for official running, and it was champion Dilano van’t Hoff who set a new benchmark of 1m47.036s. He was 0.114s faster than Marti, who had a gap of just 0.022s to Koen, while his MP team-mate Georg Kelstrup and Formula de Campeones’ Daniel Macia were also within four tenths of the pace.

FP2 took place first thing on Saturday morning, and Marti headed team-mate Ogaard at the top of the timesheet by 0.029s as they broke into the 1m46s.

van’t Hoff’s very last lap brought him up to third place and sub-1m47s, which his team-mate Suleiman Zanfari was also able to do.

Macia completed the top five almost a quarter of a second back, while Koen ended free practice in sixth overall despite not improving on his FP1 best. Kelstrup, on the same run plan, also failed to improve from his Friday pace and Drivex School’s Guilherme Oliveira and Branden Lee Oxley suffered the same.

Drivex had six cars on track, as it has an additional entry for Barcelona in the form of Georgi Dimitrov. He competed part-time in British F4 this year as a rookie, but was still able to pick up three wins.

He takes the place of Slovakian Lucas Malek, who debuted with Drivex in the previous round but will race for Global Racing Service at Barcelona. Oliver Michl is also back on the grid with Teo Martin Motorsport after being absent from Jerez.