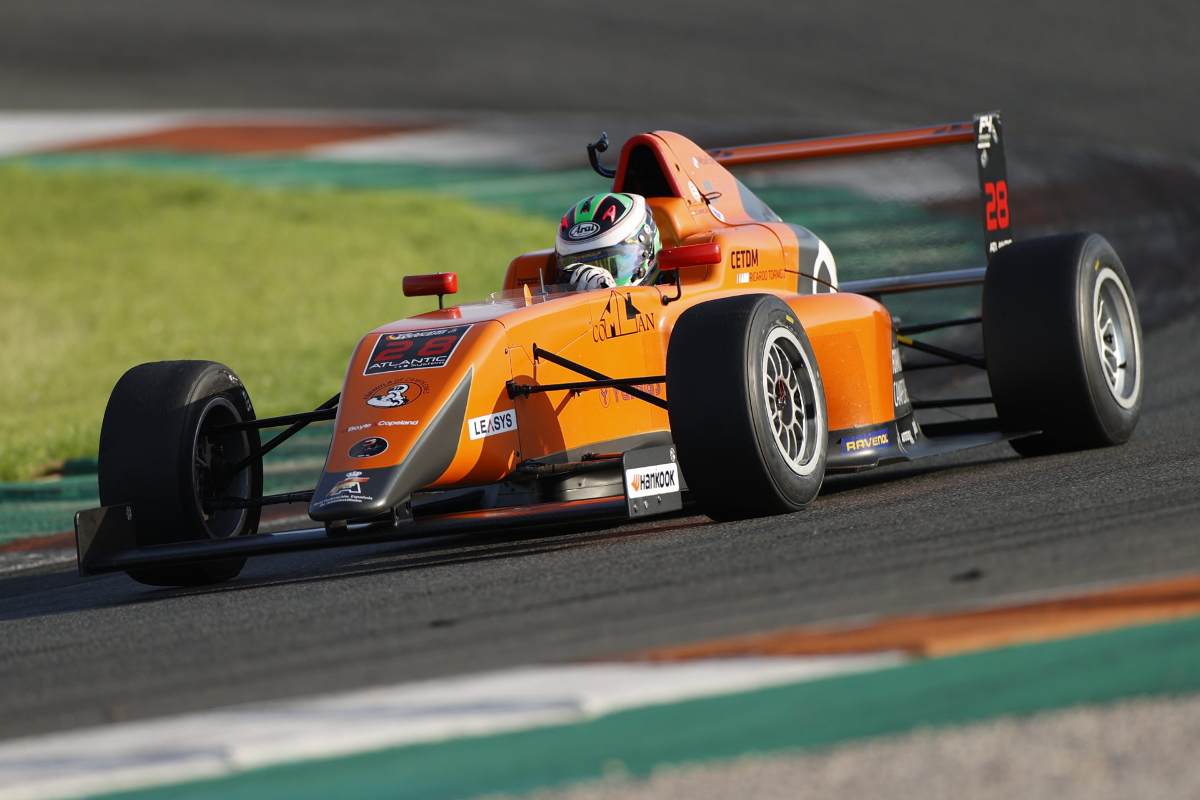 Daniel Macia and Rik Koen claimed the first poles of their single-seater careers in Saturday qualifying at Barcelona for the Spanish Formula 4 championship.

With just under seven minutes to go Abramczyck returned to first place but still off the pace set in free practice, with Jenic then having his turn again.

A collection of session-best sectors thrust MP’s Suleiman Zanfari to the top with 3m40s remaining on the clock, and his 1m47.022s lap put him 0.155 seconds up on team-mate Koen.

Formula de Campeones’ Macia was able to better Zanfari, while Campos Racing’s Pepe Marti managed to break up the MP drivers, and Macia ended up on pole by 0.122s as his rivals didn’t get an opportunity to respond.

Marti had set the fastest first sector of anyone when Teo Martin’s Jorge Campos went off at turn eight and caused yellow and then red flags to be waved, and the session was not restarted from the time remaining.

Just behind the top four were MP’s Noah Degnbol and Dilano van’t Hoff, while a lap posted just before Q1 was stopped enabled Abramzyck to qualify sixth.

The second fastest lap of each driver was used to set the grid for race two on Sunday, and Koen claimed pole by 0.216s from Abramczyck. Just 0.059s further back was Jenic, who gets to share row two of the grid with Pingasov.

Teo Martin’s returning Oliver Michl was a surprise fifth fastest, while series debutant Georgi Dimitrov will start from ninth for his second race in the series.