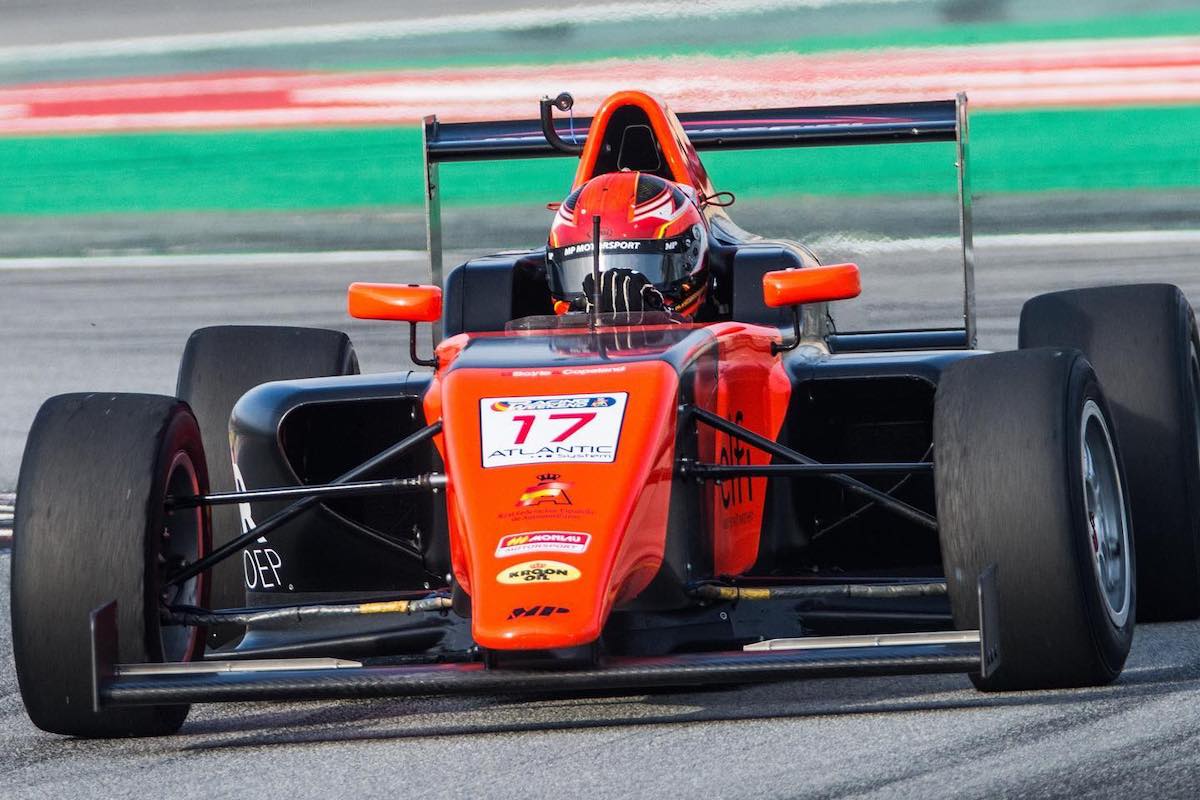 Spanish Formula 4 champion Dilano van’t Hoff came from sixth on the grid to add to his win tally in the first race of the Barcelona season finale.

First-time pole-sitter Daniel Macia’s car stalled at the start and was left stranded on the grid, but the rest of the 26-car field managed to avoid him.

With the other front-row starter Suleiman Zanfari slow away and falling to fifth, Pepe Marti instead surged into the lead from third on the grid. Van’t Hoff claimed second through the first corner ahead of his MP Motorsport team-mates Noah Degnbol and Rik Koen.

The safety car was deployed before the end of the first lap to retrieve the GRS car of Vladisav Ryabov, which had gone off into the Turn 5 gravel trap minus its rear wing.

Following the restart, Campos Racing driver Marti led by 0.4 seconds after one lap of racing, but was unable to pull away from van’t Hoff.

Eventually, with eight of the race’s 25 minutes remaining, Marti was forced to go defensive into Turn 1 and van’t Hoff drove around his outside to claim the lead.

Van’t Hoff couldn’t immediately escape however, and Marti was right on his tail as they went down the main straight with a couple of minutes left, but van’t Hoff ultimately pulled out a one-second gap as he clinched his 10th win of the campaign.

Having stayed with the lead pair for much of the race, Degnbol fell back by five seconds in the closing laps but managed to keep Koen at bay and return to the podium for the first time since round two at Navarra in May.

In his third weekend of car racing, Miron Pingasov scored his first points with a fine drive to fifth place, making it four MP cars in the top five. He overtook Sebastian Ogaard in Turn 3 four minutes from the end, Ogaard running very wide in the process.

Second in the championship, Ogaard had raced strongly himself after starting down in 13th place, moving quickly up to fifth place after the restart. In the end he was classified fifth after Pingasov was demoted to seventh by a five-second time penalty.