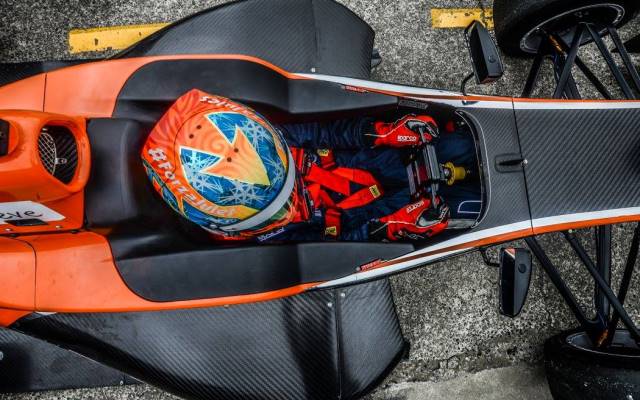 Artem Markelov posted the fastest time of Friday’s running ahead of the opening round of the Toyota Racing Series at Ruapuna.

Three further sessions were held with the whole field taking part in each of them.

The M2 Competition dominance by?Arjun Maini and Brandon Maisano on Thursday was replaced by Giles Motorsport being the quickest team of the day. Behind Markelov, James Munro, Sam MacLeod and Alfonso Celis Jr. recorded the second, third and fifth fastest times of the day with only Maini being able to break ?that trend in fourth.

Maisano and?Maini topped the opening session, beginning as they had left off on Thursday. Lance Stroll and Charlie Eastwood followed closely behind, forming a top-four lock-out for the M2 Competition squad. Australian Thomas Randle was fifth ahead of Briton Sam MacLeod.

After the lunch break, Maini had a solid three-tenths lead in the second session over the close trio of Stroll, Stefan Riener and Maisano.?? Riener’s fellow Austrian and Victory team-mate Ferdinand Habsburg was fifth, with Randle in sixth.

The third session saw GP2 regular Markelov emerging as fastest with the overall best time of the day, even managing to beat Maini’s Thursday benchmark by two hundredths.

Three of his teammates at Giles Motorsport, Munro,?MacLeod and Celis?made it to the top four. Maisano was fifth and? another Giles driver Santino Ferrucci was sixth.

The action will resume on Saturday with two qualifying sessions and the opening race of the season.