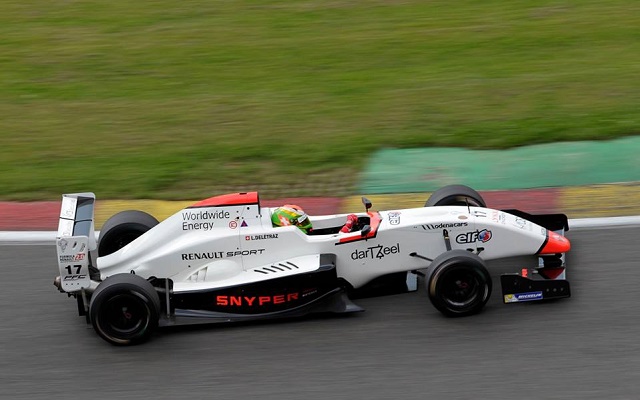 The Swiss racer, son of former F1 driver Jean-Denis, will combine his first full season of the top Formula Renault 2.0 championship Eurocup with another stab at the NEC championship.

Deletraz, 17, won the first race of NEC’s previous season for JKR and weaved a title campaign out of consistent top-ten finishes, narrowly losing out to Ben Barnicoat in the end.

His first year in the series, where he would finish 19th, also took place under the German team’s banners.

“I’m very pleased to continue my collaboration with Josef Kaufmann Racing,” stated Deletraz. “They are doing an amazing job and are always able to provide me with a winning car.”

“Following my vice-champion title and winning the team championship together with Kaufmann Racing in NEC 2014, I’m really looking forward to making my Formula Renault Eurocup debut. I’m really motivated for this new challenge and I’m ready to fight for top spots!”

While Deletraz’s successes helped Josef Kaufmann Racing to their first NEC title, they were only the fifth best team in the Eurocup with a sole victory from another Swiss racer Kevin Jorg.

“Once more we are very happy to have re-signed Louis for another year,” said Josef Kaufmann. “As vice-champion of Formula Renault 2.0 NEC in 2014, Louis is prepared perfectly for this year’s full double program in Formula Renault 2.0 Eurocup and NEC. We have high expectations for Louis and hope that he can show his abilities to fight for the top results.”