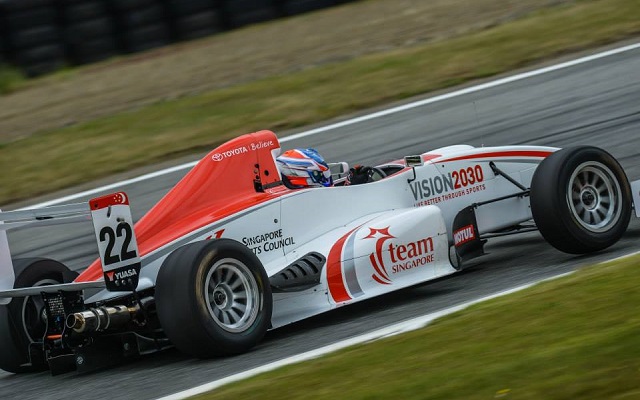 British racer Jann Mardenborough produced a strong showing during Friday pratice running for the Toyota Racing Series round at Timaru, setting the quickest time of the day and topping the first two sessions, with session three going to Singaporean Andrew Tang.

A late-session effort in the opening practice allowed Mardenborough to narrowly beat Steijn Schothorst for the top of the leaderboards, as he beat the Dutchman’s time by just 0.01s.

Damon Leitch was sixth, behind his younger brother Brendon and narrowly ahead of Giles driver Matt Rao. Munro, Pedro Piquet and Amweg made up the rest of the top ten.

The final session of the day saw Tang confidently secure the top spot, with Ryan Tveter in second and Rump in third. Schothorst and Ferrer followed, ahead of Macauley Jones and Mardenborough, with Leitch, Amweg and Gustavo Lima closing out the top ten.