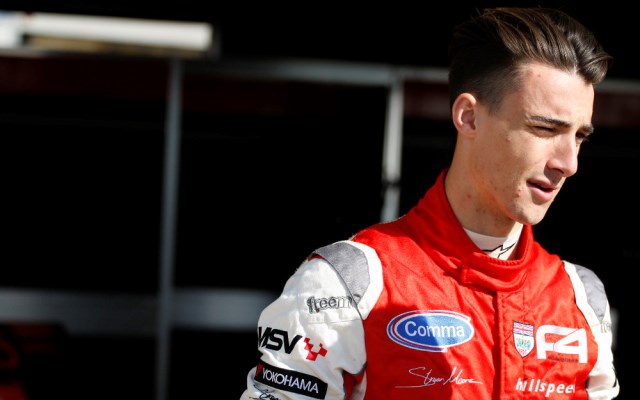 He joins karting superstar George Russell at Lanan, who won the inaugural title in 2013 with Jake Hughes.

“It’s a relief to have yet another year of racing confirmed, especially teaming up with Lanan. This year I’m more focused and confident than ever, from the outset I will be aiming to win the championship. From my perspective, Lanan is the best team I can be with this season in order to reach my targets and objectives.

?I believe this year will be another successful year for BRDC F4, it’s the championship I want to be in because it’s the hardest in the UK for young single seater drivers. I’m sure there will be another tough grid this year for me to tackle and I look forward to all the hard work ahead of myself and the team.?

Lanan’s Graham Johnson added: ?Struan proved last year that he is a capable race winner and podium finisher. He showed continued improvement and we plan to ensure that this continues into 2014. I?m sure that Struan and George Russell will work well together and we are delighted with our driver line up so far.?