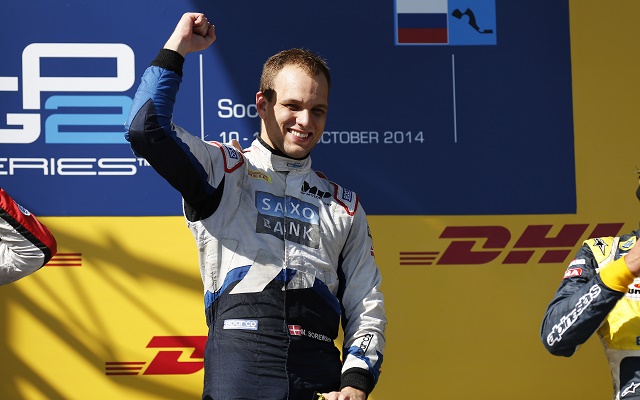 Danish racer Marco Sorensen has announced his 2015 plans today, announcing a debut World Endurance Championship campaign as well as a return to the GP2 Series.

He will also contest a full GP2 campaign, although is yet to announce the team he’ll be racing for.

The highly-rated Dane was a race winner in ADAC Formel Masters and Formula Renault 2.0 NEC, before finishing runner-up to Richie Stanaway in German F3.

After being picked up by Lotus, he was a race winner in his debut Formula Renault 3.5 season in 2012, finishing sixth. His second and third season in the category were less successful – he only finished seventh in 2013 and then struggled with the Tech 1 car in 2014, resulting in 12th.

Sorensen retains the backing of Saxo Bank, who bankrolled his 2014 season in Formula Renault 3.5 and GP2.