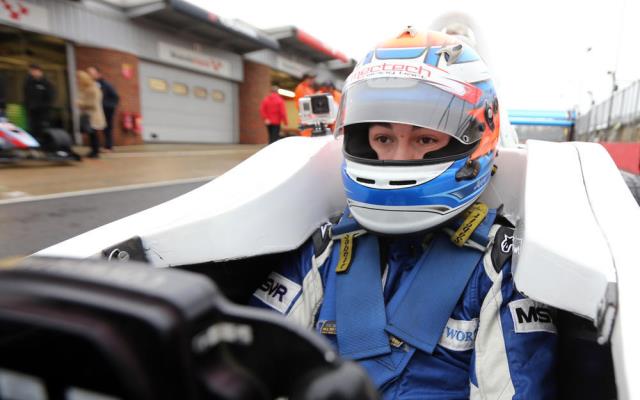 Connor Jupp will remain with the Mectech Motorsport team for the 2015 BRDC F4 Championship.

The former karting ace entered the series for the second half of 2014 with the Meridian team, scoring three top-ten finishes towards the end of the campaign.

He then switched to series newcomers Mectech for the eight-race Winter Championship in November, scoring a pole position and podium finish at Brands Hatch.

Jupp explained that this promise led to him remaining with the team for the 2015 season.

“I worked really well with the team during the Winter Championship and I feel that the partnership showed great promise, particularly at Brands Hatch where I took my first pole position and stood on the podium for the first time.

“It?s a competitive championship but having worked together before, I?m sure we can learn a thing or two from each other and achieve some great results.?

Team boss Mike Smith added: ?I?m delighted to welcome Connor back to the team for 2015. He did a great job for us last year in the Winter Championship, particularly in tricky conditions at Brands Hatch.

?This is an exciting new chapter for Mectech as we move into the BRDC F4 Championship full time and I?m sure our experience with Radicals will stand us in good stead and we are looking forward to helping Connor continue the impressive progress he made with us in the Winter Championship.?

Jupp becomes the ninth driver confirmed for the coming BRDC F4 season, which begins on 5-6 April at Oulton Park.