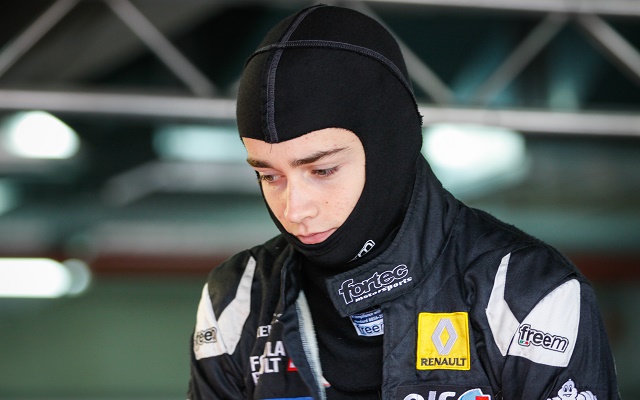 He entered Formula Renault Alps for his car racing debut in 2014 and finished second behind the experienced Nyck de Vries, collecting two Monza victories in the process. Meanwhile, guest appearances in the Eurocup saw him achieve three runner-up finishes in a row.

Originally tipped for a full-time Eurocup promotion, Leclerc ended up focusing on F3 during the pre-season, testing with Prema Powerteam, Fortec Motorsports, Carlin and Van Amersfoort Racing before ultimately signing with the latter.

“I’m very happy to join Van Amersfoort Racing and the highly rated FIA F3 European Championship for this season,” stated Leclerc. “The team and I have an exciting challenge ahead of us. Following the test I did last December in Valencia, I really look foward to working with such an experienced and successful squad.”

“The FIA F3 European Championship produced great champions in the past, so i think it’s the best place for me to keep growing as a driver.”

The Dutch team had a strong season in the championship last year, playing a big part in Max Verstappen’s headline-grabbing debut season in cars.

“It is our privilege to welcome Charles at our team,” reckoned Frits van Amersfoort. “He impressed us with his performance in karting and in the ALPS championship, by securing the vice-championship in his first year in single-seaters at just 17.”

“Charles has the raw speed and race craft to play a prominent role in the FIA F3 European Championship. It is our challenge to give him the tools to be successful from the very beginning.?”

Karting star Alessio Lorandi has been strongly linked to join Leclerc in the squad. Van Amersfoort Racing is expected to field up to four cars in 2015, but the names of the remaining drivers are yet unknown.